Bonn - The UN's climate change chief Patricia Espinosa has declared the Paris Agreement will enter into force in 30 days, after the two thresholds for triggering the historic agreement were reached.

Bonn – The UN’s climate change chief Patricia Espinosa has declared the Paris Agreement will enter into force in 30 days, after the two thresholds for triggering the historic agreement were reached.

The landmark means the Treaty will come into effect on November 4th, ahead of this year’s annual UN climate summit in Marrakesh later in the month.

Espinosa’s announcement suggests several European countries have lodged official documents with the UN ahead of the EU, as full EU ratification would have taken the share of emissions covered by ratification to around 64 per cent.

He has in the past signaled his backing for the Paris Agreement and has said the UN’s focus should now be on implementing the treaty and accelerating climate action through to 2030 and beyond.

The full ratification of the Paris Agreement as early as next month and its goal of delivering a net zero emission economy this century surpasses many of the early expectations for the deal. Observers had counselled that the ratification process could take around two years and risked being derailed by the US presidential elections.

The move also means the focus of the Marrakesh Summit will now shift to delivering on the goals of the Paris Agreement, including on-going discussions about how to mobilize increased climate finance for developing countries and ensure parties upgrade their national climate action plans in the coming years. Andrew Steer, president and CEO of the World Resources Institute, said the international agreement was now “ready for lift off”.

“This is a welcome development after years of frustratingly slow progress around the international climate talks,” he said. “In a remarkable display of global cooperation, countries joined hands, demonstrating that they understand the urgent need to accelerate action on climate change.

“With the Agreement in full force, countries can shift their focus from commitment to action. We need to increase investment in sustainable infrastructure and accelerate the uptake of renewable energy. We must create more livable, low-carbon cities and expand the supply of land and forests for carbon storage. We must slash food loss and waste, a major source of emissions and a travesty for people who lack enough food. And, we must continue to work at all levels – global, national, cities and communities – to build the political will for this transformation,” he added. 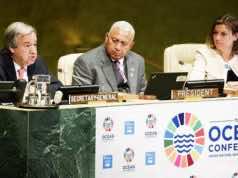 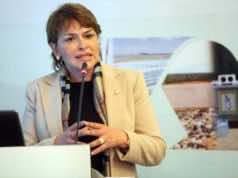 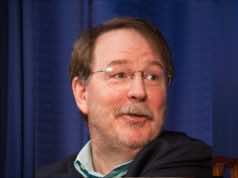