Chicago - In Morocco, a country where corruption marks politics, where political ideologies collide, and where most people have given up on politics as a tool for positive change; a new hope emerges within the socialist movement. This hope is Nabila Mounib 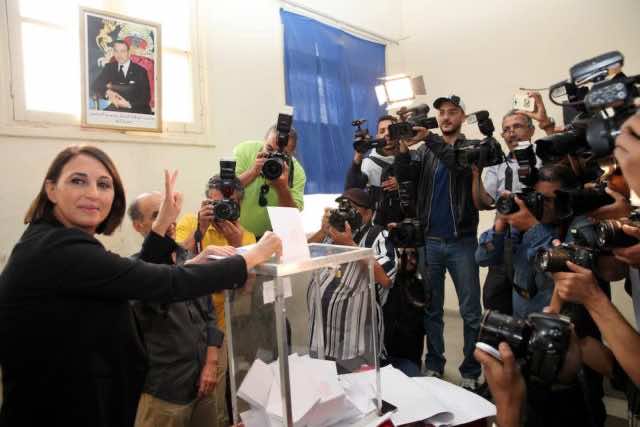 Chicago – In Morocco, a country where corruption marks politics, where political ideologies collide, and where most people have given up on politics as a tool for positive change; a new hope emerges within the socialist movement. This hope is Nabila Mounib

In the midst of this heated election season and on the eve of Morocco’s parliamentary election results, the following is a brief overview and a glimpse of a rising star in Moroccan politics.

After political bankruptcy following the Abderrahmane Youssoufi’s led government, the Moroccan leftist and socialist parties have been struggling to regain the publics trust or attract any new followers. Many factors including: the lack of clear distinctive political message, a lack of charismatic leaders, and the political migration that the Moroccan political scene has witnessed since the establishment of the PAM, has meant a decline in popularity amongst Moroccan society for socialist and leftist parties.

While the PAM is receiving mixed anticipation and labeled by many as the “pre-chosen” party that will lead the government, the unpopular laws that the PJD has implemented has led many middle class groups and public employees to boycott the usually low turnout elections, or vote against the ruling Islamist PJD. In the meantime, additional historic and administrative parties such as the Independence and the Socialist Union of Popular Forces are struggling to overcome their current unpopular and incompetent leadership. In the meantime, the first woman-led Moroccan Party, Tte Unified Socialist Party is making a name for itself,

Tata Nabila, as her followers like to call her

Born on 14 February 1960 in Casablanca, Nabila Mounib, a University Professor who is a relatively new comer to the national political forefront and a strong critic of the state’s policies is the first women to lead a political party in Morocco. She has been the head of Unified Socialist Party (PSU) since 2012. Dr. Mounib, who lectures in Hassan II University, is reviving the Moroccan socialist movement, attracting new voters and emerging as a strong candidate in the Moroccan elections scheduled on October 7, 2016. Her strong messages resonate with many voters across generations. Mounib’s credentials, charisma, and style of leadership positioned her as a front-runner during the electoral campaign. Nabila Mounib was able to shift the current political discourse and gain quick credibility among the educated and students after many unions and public employees supported her in many cities in favor of the PJD and PAM.

Now, the question remains as to whether or not Nabila Mounib will be able to bring about the change that she campaigned for. Will she be able to mobilize the strong dormant Moroccan leftist political activist and regain new ones within the young Moroccan Millennials? Regardless of the elections outcome, how can Mounib capitalize on her popular campaign to create a movement and elevate the discourse about social and economic issues in Morocco? In this day and age, we see various women successfully leading major Western powers; can a strong political leader such as Mounib lead the Moroccan government, often dominated by patriarchal culture,in this Arab and Muslim country?

With her campaign slogan “With us, another Morocco is possible” Nabila Mounib has vowed to call for the abolishment of the controversial legislature regarding life-long pensions, she also calls for meaningful political and constitutional reforms to define and separate powers in the Kingdom. The full 62 page detailed program published by the party, brought new blood into Moroccan political life.

Morocco is often governed by historic, administrative, and until very recently Islamist parties, with Mounib’s socialist party gaining popularity, this will challenge the status quo in Moroccan politics. How would the Unified Socialist Party under the leadership of Nabila Mounib save Morocco’s politics from a long period of failed, corrupt and unfit statesmen? Time will tell.