Rabat - Morocco’s Minister of Interior congratulated in the early hours of Saturday morning the Party of Justice and Development on winning Morocco’s legislative elections held on Friday across Morocco. 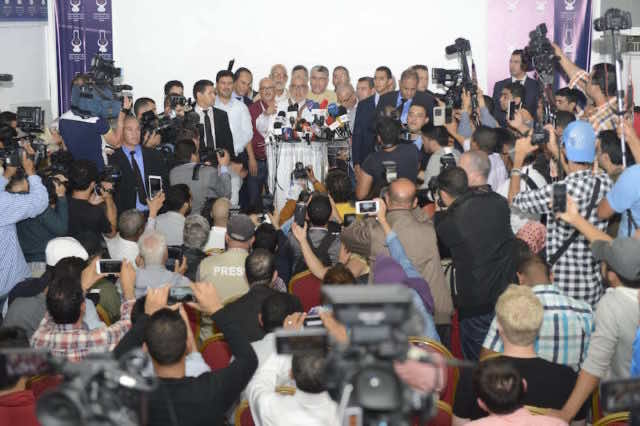 Rabat – Morocco’s Minister of Interior congratulated in the early hours of Saturday morning the Party of Justice and Development on winning Morocco’s legislative elections held on Friday across Morocco.

This came during the press conference that Hassad held on the Ministry of Interior’s headquarters in Rabat to announce the provisional results of the elections.

According to provisional results after counting more than 90 pc of the votes, the Justice and Development Party (PJD) won 99 seats followed by the Authenticity and Modernity Party (PAM) by 80 seats, Interior minister Mohamed Hassad pointed out at a press briefing.

The Istiqlal party (PI) and the National Rally of Independents (RNI) won 31 and 30 seats respectively, while the Popular Movement (MP) won 21 seats, the Constitutional Union (UC) 16 seats, the Socialist Union of Popular Forces (USFP) 14 seats, the Party of Progress and Socialism (PPS) 7 seats, the Democratic and Social Movement (MDS) 3 seats, the Federation of the Democratic Left (FGD) 2 seats and the remaining parties 2 seats.

The results of the national constituency will be announced Saturday morning, according to the Interior minister

The provisional turnout rate at these elections stood at around 43% nationally at 19.00 local time (GMT+1), the poll closing time.

Some 15.7 million Moroccans have been registered to vote and some 6.992 candidates competed to win seats in the 395-member House of Representatives (lower house).