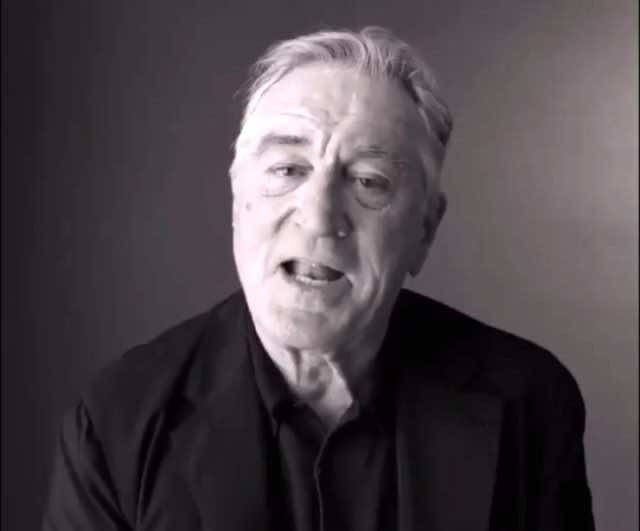 Written words don’t mean much these days. So, when we hear the sincere supplications of a man, like Robert Deniro, explain the crude reasons why Donald Trump should not-can not- be president of the United States, we should listen.

In the following video, that is now gone viral, the great actor gives his view of real estate mogul Donald trump, and why the American electorate should not vote for him.

Some have called this clip, Deniro’s greatest work. I tend to agree with this view. Now more than ever, we must stand for decency, for humanity, for reason.

With the newest disgusting revelations, Trump is unraveling and that is good, not just for America, but for all those brave souls trying to bring a modicum of love and compassion in our increasingly violent and bizarre world. Watch the video and judge for yourself.