Rabat - Moroccan police forces have made two new arrests related to the 10-member, all-female terrorist cell captured last week, according to an anonymous official who spoke to Le360. 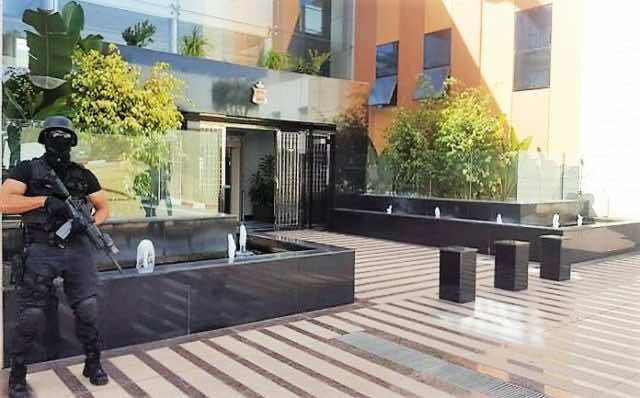 Rabat – Moroccan police forces have made two new arrests related to the 10-member, all-female terrorist cell captured last week, according to an anonymous official who spoke to Le360.

The two newest arrests were made in the desert cities of Guelmim and Tan Tan,

When the first ten members were arrested, investigators said the group had aimed to conduct terrorist attacks on October 7th – the date of Morocco’s national legislative elections – and was active in seven cities.

“The ISIS terrorist organization is changing its tactics, and is bent on attacking the Kingdom of Morocco through its most vulnerable members, female minors,” Abdelhaq El Khiyame, the head of the Central Bureau of Judicial Investigation (BCIJ), told reporters in Sale last week after news of the arrests broke.  “They use social media sites to recruit and brainwash minors.”

Some of the members of the cell were as young as 13-years-old and majority of them were minors. They had planned to create a cocktail of explosive chemicals for their election day attacks.

“This operation may seem to be simple, but it is not,” El Khiyame said. “We are working on the fight against terrorism through a preemptive approach. But this cell in particular is different. For the first time, we are faced with female terrorists, most of whom are minors.”

The BCIJ chief also urged parents, schoolteachers and community leaders to take charge of the fight against radicalization to keep Morocco safe for its citizens and visitors.

All members of the cell are currently under investigation.