Kinshasa - Since President Joseph Kabila announced a brief delay in national elections, the Democratic Republic of Congo has witnessed a wave of unrest. 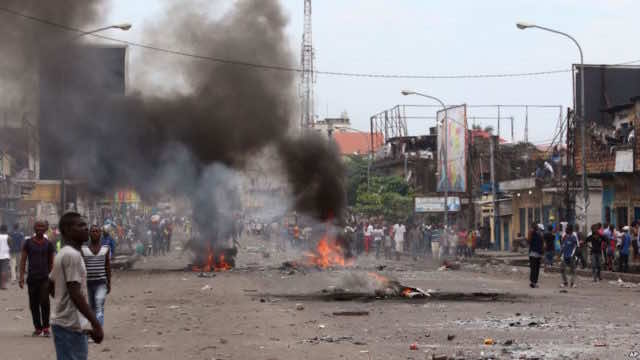 Kinshasa – Since President Joseph Kabila announced a brief delay in national elections, the Democratic Republic of Congo has witnessed a wave of unrest.

Many fear that President Kabila is delaying elections in an attempt to stay in power. But our course is clear: democracy and elections are within our grasp. Many in the opposition have joined with the President in setting a firm path to elections, and even US Secretary of State John Kerry recently tweeted that elections would be better off held in 2017, rather than 2016.

The Congolese people are scarred by years of violence that have ravaged our country and drained our resources. The recent protests in Kinshasa threaten to derail the major progress that we have made towards inclusive politics. President Kabila has maintained that elections will happen. Their postponement is not indefinite. And an interim government including members of the opposition will be formed in the near future. In this context, the postponement of national elections is a crucial step towards a sustainable democracy in the face of looming chaos.

Numerous nations around the world have sunk back into violence following difficult, ill-prepared electoral processes, jeopardizing the many positive steps already undertaken at the national level. Over the years we have seen numerous examples: Iraq, Libya, Egypt.

We must pursue a candid and mature introspection, in order to consider calmly the future of our homeland. As brothers, it is time we had a talk about elections. We all wish for democracy. It is the only system compatible with human freedom. But in Africa as with many other regions that have no history, traditions, or institutions of representative government, democracy is a journey more so than a destination. We must work towards it—building up both the culture and the institutions—lest we undermine its legitimacy by lapsing into chaos and anarchy. I suspect many Americans view Africa as through a drinking straw—conflict and controversy make the news, but not the daily struggles of governance. We are yet nations, not states.

Americans want a simple punctuation mark behind the word democracy; long queues of eager voters captured by television cameras, or the famous purple thumbs of new voters. In Africa, democracy has ellipses…it is a work in progress. And we need patience.

Here in the DRC, we are on a slow but steady road to recovery. Between the years of 1994 and 2003, more than five million people were killed. Even after peace settlements were reached, fighting from rogue international and domestic rebel factions persisted as the government struggled to survive. And ensuring a basic level of human security for the Congolese people has drained our resources and attention from building a state.

Through all this turmoil, we have managed to build an independent electoral commission (CENI) that has staged two presidential elections—the first in our history. This time, the stakes are even higher as we are working diligently to ensure our country’s first-ever peaceful transition of power from one president to the next. But in order for the democratic process to succeed, it cannot simply be carried out through flimsy snap elections. If this process goes awry, the past decade of hard-fought stabilization and democratization could backslide into another civil war.

An important first step towards elections has already occurred in April of this year. CENI organized gubernatorial elections by electors in 21 new provinces. The next phase is to organize local elections below the level of governor. But CENI has said that it needs an additional number of months to prepare for local elections. In the meantime, we are actively engaged in a national political dialogue designed to bring about a consensus on the way forward. This dialogue is crucial, since it will help to develop a calendar for elections, provide security for the electoral process, and to arrange for the financing of the electoral process. President Kabila has taken several steps to build confidence in this dialogue but key opposition figures are not participating, despite our requests and the requests of international leaders.

We ask that the international community continues to encourage and support our national dialogue. Instead of pushing blindly and clumsily for elections in November, the international community would be wise to heed lessons learned from cautionary tales like Libya and Iraq. Leaders of the world should come alongside their brothers in the DRC to chart a model for sustainable democracy—one with institutions and infrastructure that will ensure a just and peaceful transition of power. Only this will carry the rich heart of Africa into a newfound era of both stability and democracy for all citizens. 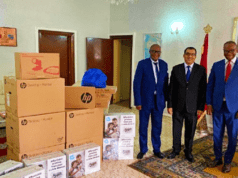 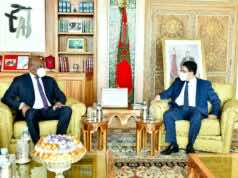