Rabat - After about a year of a less-than-clean campaign, election results have confirmed most expectations. The two competing favorites both greatly outscored the third and the other twenty-six, more than half of which did not even qualify one candidate. The party scoring highest, the Party for Justice and Development, known as PJD, gained 129 seats, while the second, the Modernity and Authenticity Party (PAM) doubled its former performance to make 103. 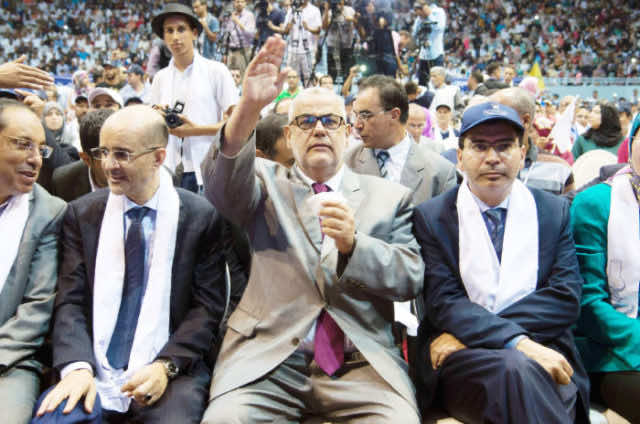 Rabat – After about a year of a less-than-clean campaign, election results have confirmed most expectations. The two competing favorites both greatly outscored the third and the other twenty-six, more than half of which did not even qualify one candidate. The party scoring highest, the Party for Justice and Development, known as PJD, gained 129 seats, while the second, the Modernity and Authenticity Party (PAM) doubled its former performance to make 103.

The third party Istiklal Party (PI), formerly second, has dropped with about forty per cent of its previous score and has experienced serious humiliation, obtaining only 40 seats. Some parties that had enjoyed popularity and even ran the government in the past were utterly defeated.

The Socialist Union of Popular Forces (USFP) has lost ground in the last two parliamentary elections, and reached a miserable low of 20 seats, when just two elections ago it almost enjoyed an absolute majority. In a much worse position is the PPS, which obtained 12 seats. This communist party transformed into a socialist one, before it ended supporting the Islamic PJD.

The true winner, however, is what everyone is referring to as “the party of absentees”, which amounts to about twenty-one million five hundred thousand citizens. While the 43% official turnout figure may seem to be decent, one needs to assess it with reference to the very limited rate of registered voters, which is about 50 percent of the eligible population. In reality, 76.11% of Moroccans did not vote. The dramatic implication is that the highest scoring party has hardly received any votes from the eligible voting population. The arithmetical and legal legitimacy of the results does not, therefore, express any political legitimacy or popular backing.

The parties may brag and boast about having scored highest and claim their right to govern and to chair the cabinet, but they and everyone else are aware of the political illegitimacy of such claims. What will make things more challenging is that the highest scoring party will not be able to form a government without the coalition of several other parties, most of which it declared war on one another during and prior to the campaign, treating them as scoundrels, heathens and traitors. To heal the emotional injuries of these accusations might prove to be too costly for the “winner” and require heavy compromises in the number and quality of ministerial portfolios to consent to them.

What strikes many analysts, however, is the fact that the incumbent party, which has led the government for five years, scores so high given the severe negative effects of several of its economic, political, and social decisions on the people. During its mandate, the party raised the retirement age from sixty to sixty-five, increased the contribution fees to the retirement funds, thus reducing the income and purchasing power of citizens.

The party also dropped employment programs and worked out no alternatives for the tens of thousands of unemployed college graduates. In addition, it did not provide budgets for new schools and classrooms to be built so that at the end of the mandate, classes from grade one to ten can be comprised of up to seventy students and more, with many classrooms operating without furniture. They did not provide budgets for hospitals so that by the end of the mandate women are giving birth unassisted in corridors and operated on citizens are left to sleep on the floor right after the surgery has been performed. The winning party even failed to maintain roads throughout the country.

Above all, the government cancelled its indirect support to many essential food products, as well as to gas, which is billing at high rates disregarding the collapse of international markets. In addition to this, the government amended the laws of freedom of speech, the right to strike, and the right to public demonstrations, essentially criminalizing them.

The whole mandate was fraught with social unrest, resistance of layers of the populations whose wellbeing was jeopardized by the actions and decisions of the government and the rough interventions of law enforcement on teacher trainees, medical students, and other categories of the population. Because of these many failures and shortcomings, it was normal for observers not to expect as good of a performance from this party as the breakthrough it made five years ago based on promises that it would improve living conditions and the political atmosphere in the country.

The mystery remains is how has this party been able to win over the people it has so badly mistreated, mishandled, and betrayed? The answer being: the party has addressed a deeply religious and severely illiterate and uneducated population and fed it a discourse that gives it no choice. Either vote for the party and be accepted in Heaven or vote for the others and fall in total Divine disgrace and into Hell.

The new government has many challenges ahead. It must build a national consensus and acquire technical and managerial expertise, something that the former government failed to gather, thus driving the country straight into a wall. But most importantly, the government must garner strong mutual trust and exceptional skills in rehabilitating the credibility of the state and of politics.

In fact, rumors claim that the loyalty of this Islamist party tends to be more to its foreign allies and for agendas that reject both the notion of nation state and that of democracy. The Islamist party seems to associate them with heathenism and irreligious politics and, therefore, with everything that has to be fought and removed as a condition to recover the purity and essence of the religion as it was, allegedly, taught and practiced by its initiators.

The coming weeks will be interesting to see how the country will get back to business as usual, and whether and how it will overcome the ideological disorders that endanger its stability, cohesion, and peace.

© Morocco World News. All Rights Reserved. This material may not be published, rewritten or redistributed without permission.
The views expressed in this article are the author’s own and do not necessarily reflect Morocco World News’ editorial policy. 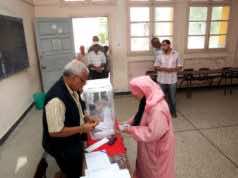 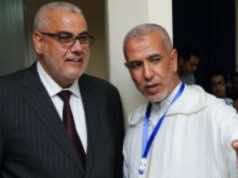