United Nations - The European Union on Monday reiterated its "full support" the process initiated under the aegis of the United Nations to achieve a political settlement to the artificial dispute over the Western Sahara. 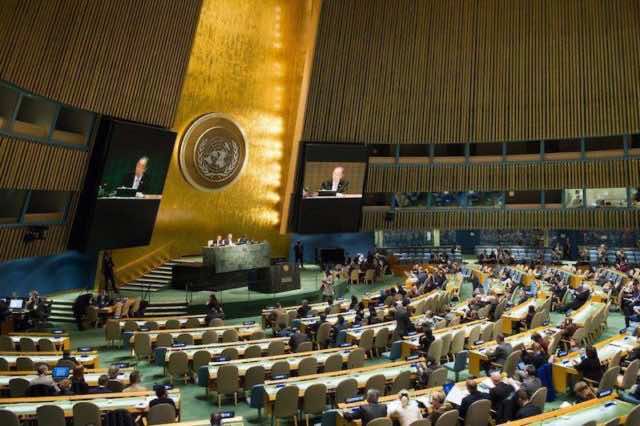 United Nations – The European Union on Monday reiterated its “full support” the process initiated under the aegis of the United Nations to achieve a political settlement to the artificial dispute over the Western Sahara.

“We reaffirm our full support to the UN efforts to reach a lasting and mutually acceptable political solution” to the Western Sahara dispute, the EU Representative said before the 4th Committee of the UN General Assembly.

In this regard, he added that the European Union “takes note of efforts and developments since 2006 to ensure the implementation of Security Council resolutions” on this issue.

He also underlined that the EU encourages the parties and neighboring States to “cooperate with the United Nations to advance the political process, show political will and work in an atmosphere that is propitious for dialogue in order to begin more intense negotiations in good faith and without preconditions”.