Tunis - The General Secretariat of the Moroccan Justice and Development Party (PJD) held a meeting on Monday, led by incumbent Premier, Abdelilah Benkirane. 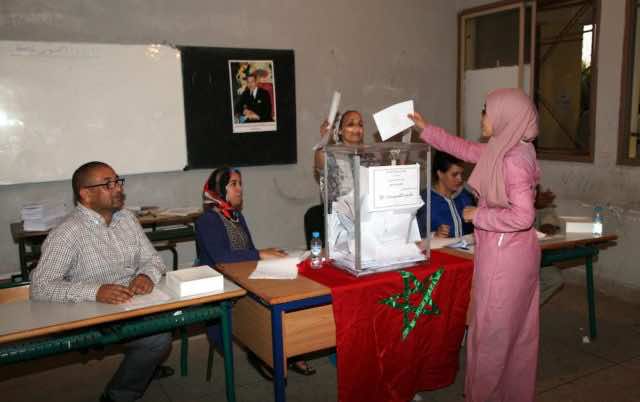 By
Safa Othmani
-
Safa Othmani is a Tunisian academic and university teacher.
Oct 11, 2016
Spread the love

Tunis – The General Secretariat of the Moroccan Justice and Development Party (PJD) held a meeting on Monday, led by incumbent Premier, Abdelilah Benkirane.

According to PJD’s statement, which was signed by the party’s Deputy Secretary-General, Slimane El-Omrani, the meeting touched on the political implications of the October 7 ballot, dubbing it a “glowing stopover” that echoes Moroccans’ dedication to the democratic process.

The statement also hailed the Moroccan nationals who voted on PJD on October 7 and expressed their unyielding back-up for the party.

PJD’s General Secretariat vowed that the party will always opt for a policy which puts a premium on Morocco’s national interest.

PJD reiterated the party’s commitment to prop up socio-political reform under the guidance of King Muhammad VI.

Meanwhile, a meeting is slated to be held by the Executive Committee of the Istiqlal Party, known by its French acronym (PI), at 5:30 p.m. to mull over the possibility of joining the post-October 7 multi-party government coalition.

The Alaoual news site said there is a quasi-total agreement among the PI leadership to join up the government coalition led by Benkirane.

According to the same source, PI will keep up ongoing consultations over the right time and manner for the move, along with the cabinets that are likely to be run by Allal El Fassi’s descendents.

PI was third in the latest parliamentary elections with 46 seats, down from its 2011election win of 60 members in the legislature.

A plethora of PI leaders have accused PAM of polarizing the party’s devotees during and prior to the ballot day.

Three days after PJD secured the majority of seats in Morocco’s Parliamentary elections, held on October 7, King Mohammed VI has entrusted Abdelilah Benkirane, the Secretary-General of the Justice and Development Party, with forming a new government makeup.

After five years in office, PJD party won 126 seats while its closest rival Authenticity and Modernity Party (PAM) took 102, in a fervent race for the 395-seat parliament.