Rabat - Election 2016 is over. Time to plan ambitious legislative agendas for the winner(s). For the losers: evaluation time. 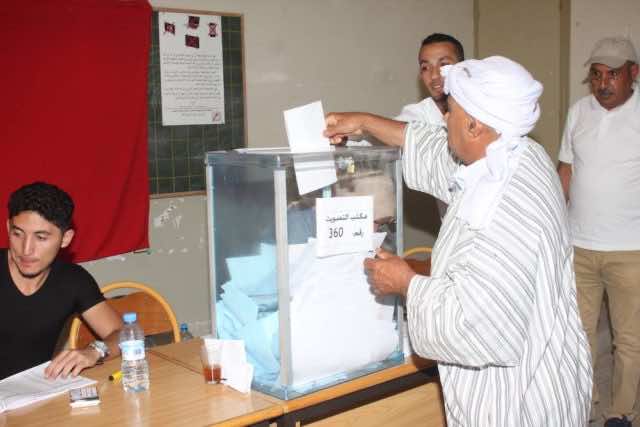 Rabat – Election 2016 is over. Time to plan ambitious legislative agendas for the winner(s). For the losers: evaluation time.

Morocco’s modern electoral system has been chugging along since the 1960s; this is the first post-Arab Spring parliamentary election for Morocco. Was it time for a political earthquake? No. Did the 2016 parliamentary elections deliver a shock to the system? No. But it was an important juncture in the development of Moroccan electoral politics. So, 43% isn’t bad given the stubbornly high level of apathy found in Morocco’s cities and towns. But, there were impressive signs of political passion and discipline, from focused messaging to passionate youth engagement. And there were personalities that caught the attention (if not the votes) of many Moroccans.

Two parties emerged from the 2016 campaign clear winners. The Justice and Development Party (PJD) and the Party of Authenticity and Modernity (PAM). The three decades-long cycle of party expansion, contraction, coalition, decline, renewal, demise, (repeat cycle) has now yielded two distinct leading parties. JDP finished with 126 seats (a gain of 19 from 2011) in the new parliament while PAM secured 102 seats (more than double what the party had won in the 2011 elections).

Both parties, with two very different constituencies, claimed a mandate in their own right. The JDP leader, Abdelilah Benkirane, heard a call for “Five more years!” from the electorate. PAM’s Ilyas El Omari vowed to drive the “Moroccan train back to its original rails,” by containing PJD’s perceived Islamist tendencies. To this non-Moroccan, both men have proven to be impressive tacticians for their respective parties. And the election seems to have demonstrated an obvious point for the post-Arab Spring world: the politics of the old – fractured alliances of convenience with often minimal buy-in from junior partner parties and intellectualism-based party platforms that make for little more than good speeches on the parliament floor – are not going to impress voters any more. Yes, the 2016 Moroccan political landscape features familiar faces but with a new clarity in both personal and party mission. Folksy long-time activist Benkirane from gritty Sale and the tough-talking Riffian El Omari. Passionate party leaders that the American electorate might likely identify with.

“It’s the economy, stupid.” And more.

This phrase served as the unofficial internal campaign motto for Democrat Bill Clinton as he successfully campaigned to unseat President George H. W. Bush in 1992. Clinton’s chief strategist knew the value of keeping a foused simple clear message that would resonate with the voters. Sound advice here, too, with unemployment just over 10%. The PJD seems to have convinced a plurality of voters that the party was committed to its agenda to reform public institutions, among other policy priorities. Those other party policies would, hopefully, help strengthen the economy, but reform was central. It was a simple and focused message. Analysts across Morocco noted the effective messaging of the JDP and the discipline its leaders demonstrated in the public messaging for legislative races.

An obvious point: not all Moroccans are comfortable with the JDP’s strong religious foundation. The PJD is riding a wave of ideological popularity for its brand of Islamic political activism that has proven resilient elsewhere in the region. The challenges of balancing ideological purity with pragmatic governance makes Benkirane’s electoral victory even more impressive. After several rounds of subsidy reforms, removing fuel price caps, and pension reform the JDP was left mostly unbruised by several years of demonstrations opposing various reforms in the country. Islamism and Islamic democracy – reborn during the Arab Spring – is a significant component of PJD’s enthusiastic membership. So how the party calibrates its strong Islamist principles with government reform policies, economic development policies and foreign investment policies will be interesting to watch.

Two successful nation-wide elections in the span of 13 months is an impressive feat. Though, it’s clear there is voter fatigue. This year, 43% of eligible voters cast votes; a drop from the impressive 54% turnout for the regional local elections that took place last fall. Turnout for the 2011 parliamentary election was 46%. This year, turnout in many large cities was above the nation-wide level.

What worked: PJD messaging and its impressive ground game (local grass roots campaigning): precinct meetings, discipline among party leaders, well-attended mass rallies, and a leader who connects with like-minded voters around two primary themes: faith and government reform. I met several 20-something friends who admire JDP for its determined and sustained program to reform Morocco’s government and public institutions. They seemed impressed with JDP’s discipline. For now.

For the retooled PAM its pick-up of 55 seats shows that a relevant message (competence) with an identifiable motivated party base is effective in getting voters to the polls and framing the debate. JDP got its supporters out to the polls, but PAM has shaped a new narrative about leadership in governance and competence in administration that will resonate with many Moroccans.

The 2016 election, with low turnout, showed that voters want to see relevance in politics and political parties. L’Istiqlal, once the pride of center-right politics in Morocco, lost 14 seats. It’s deep roots in Morocco’s political culture (it has often been a champion for reform) will make it an important junior partner in the new parliament. The National Rally of Independents (RNI) lost 15 seats and its leader, Salaheddine Mezouar, resigned days after the election. For the parties that took substantive loses, the elections have demonstrated the need for a proactive platform that speaks to ordinary Moroccans. Coalition building, followed often by frequent contraction, is necessary in a vibrant parliamentary system and it is interesting to political commentators. But it’s of little interest to many Moroccans.

Parties that adapt to the electorate and respond to societal changes tend to last. In the US, the Democratic Party faced significant malaise in the late 1980s. The Democratic Party candidates for president in 1984 and 1988 (both northern progressives) were handily defeated by the incumbent Republican nominees. There was a perception that the party had lost touch with average American voters, so-called “middle-class suburban voters”. True or not, a retooled centrist Democratic Party under Bill Clinton’s leadership won the next two presidential elections. In this decade, the Republican Party faces a similar crisis as its moderate wing and conservative wing bicker over many issues. The brief rise of the so-called Tea Party movement (2008-11) represented a rebellion against establishment politics and establishment Republicans. The ideology of the movement remains but the crowds have gone home. Sometimes movements are just movements.

PAM picked up 55 seats and sent a loud message this election cycle: We’re here and our agenda will be just as important in parliament as anyone else’s. But I suspect PAM will need to better articulate exactly what it wants to do for all Moroccans in 2016 once the new parliament begins its work. Proactive agendas matter just as much as opposition to the party that won. Exuberant PJD leaders will now pursue the second-tier finishers (RNI, l’Istiqlal, Popular Movement) in order to form a working coalition. This is a phenomenon that doesn’t exist in US legislative politics, although both Democratic and Republican leaders in Congress struggle occasionally to keep various party factions in line.

The fate of the Socialist Union of Popular Forces (USFP) is instructive for party relevance. In the course of a decade – from 1997 through 2007 – the USFP went from governing coalition leader to a nearly forgotten fifth-place finisher. In 2016, the USFP lost 19 seats. The take away for the parties? Well, as we say in the US: what have you done for me lately?

Another take away from the 2016 election is the role of a party leader who can connect with the voters. Even when turnout is 43%. And it holds true even in a parliamentary system with its emphasis on platform, doctrine, and discipline. Voters want a sense of connection to a party beyond a manifesto. As Morocco’s competitive democratic tradition evolves, voters will want to connect to leaders not just ideas. During the 1992 presidential campaign, as the economic downturn continued, candidate Bill Clinton connected to voters using simple language: “I feel your pain.”

To this non-Moroccan, Benkirane seems to be an impressive politician; combining party discipline and party management skills with retail politics realness. Is the connection between him and his supporters based on foundational Islamist principals of the JDP or genuine programmatic support for government reform policies? Probably an equal mix of both. At several campaign events, Benkirane was moved to tears by the passion of his supporters. It might be a new phenomenon in Morocco, but political leaders demonstrating genuine measured emotion in public often find that it resonates with many voters. Former Speaker of the US House of Representatives John Boehner was famous for weeping during emotional moments, and President Obama has become emotional when discussing gun violence and youth.

The parties that can emotionally connect Main Street with Mohammad V Boulevard in Rabat will find a reserve of voters who are less cynical and more supportive of the often-messy business of politics and governing. Given the sharp differences between the JDP and PAM in 2016, Morocco’s parliamentary system could find itself entangled in more partisan bickering than it has previously experienced. But the tradition of national unity in political affairs (on the big issues, anyway), along with gentle prodding from the monarchy and some inspired discipline among the newly streamlined parties – and party leaders – may make for legislative and public policy progress. A post-Arab Spring reality is that citizens matter.

The new parliament session begins in two weeks. As the JDP rightfully and enthusiastically begins to move on its legislative priorities, and as PAM begins its equally important work as the loyal opposition, both – indeed, all parties – should remember that mandates come and go.  The national mood can change quickly, particularly in the digital age. Ignore the temperamental voter at your own peril. 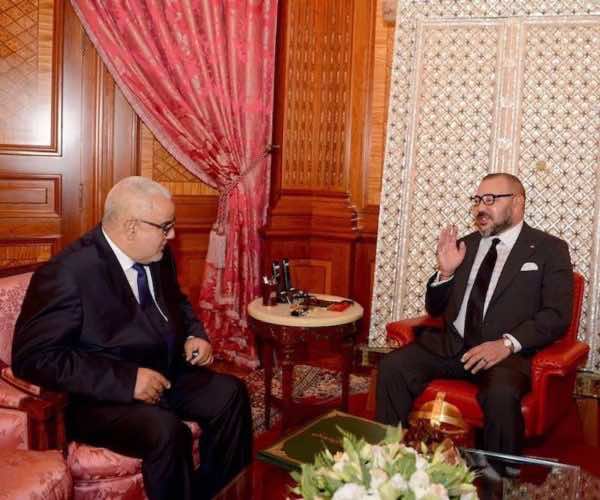 Election fervor will fade as the often contentious and monotonous work of enacting legislation unfolds. JDP can likely count on discipline among its parliament members and supporters throughout Morocco. But Moroccans, those who voted and the 57% of eligible voters who sat on the sidelines, will be looking for progress on issues that matter to them: jobs, economic opportunities in rural Morocco, education reform and a desire for increased government transparency. It’s a big undertaking and the JDP seems anxious to move forward. Modern US political history is replete with examples of new presidential administrations suddenly blocked by fickle voters (via Congressional elections) just two short years after inauguration. The midterm blues, it is called.  It may be that Moroccans have a mild case of election blues. But that national fatigue may come from the impressive fact that Morocco has navigated the regional tumult for six years and come out on the other side with open fair elections between viable parties that offer real solutions and noble ideas. Impressive.