Agadir - Morocco’s request to rejoin the African Union (AU) after 32 years of a “vacant seat” policy is a natural step to take, which consecrates a long and deep process of close political, economic and cultural relations with Sub-Saharan African countries. 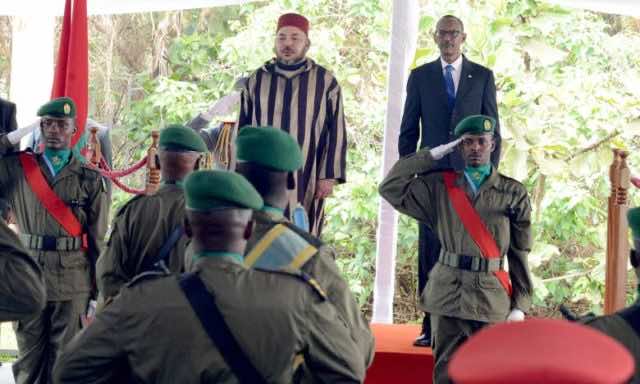 Agadir – Morocco’s request to rejoin the African Union (AU) after 32 years of a “vacant seat” policy is a natural step to take, which consecrates a long and deep process of close political, economic and cultural relations with Sub-Saharan African countries.

For numerous reasons, many view and analyse this decision as a strategic move not only for Morocco, but also for the future of African cohesion.

First of all, the influence Morocco gained in the African economic and geo-political landscape has continually increased over the last three decades, and most importantly, since the early years of King Mohammed VI’s reign. This influence relies on a different, innovative vision of partnership, which emphasizes both co-development and common security.

On the international legality level, and concerning the Moroccan Sahara (MS) question, the kingdom has succeeded inadvancingcredible arguments aimed at defending the veracity of it’ historic sovereignty over the territory. Since then, many African countries have been convinced to withdraw their recognition of the pseudo-Sahrawi Republic (SADR), auto-proclaimed in 1976. But, the most powerful argument certainly remains the reinforcement of the democratic choice and the strengthening of human rights protection, notably in the framework of the current world system pushing states into disharmony by citing moral values.

In fact, the reintegration of the AU will be a propitious occasion to unmask and counter Polisario’s ideological propaganda relayed and supported by some African countries, blinded by a mirage of regional dominion over the continent.

On the diplomatic level, 2016 is far from 1984 when Morocco left the Organisation of African Unity (OAU) becausethe predecessor of the AU was in opposition to the OUA’s recognition of the so called Sahrawi Republic. Currently, the foreign policy of the kingdom is to pursue a proactive approach based on the anticipation and consolidation of the Moroccan presence in different international and regional bodies and forums. The new diplomatic style is devoted to a deliberate vision of strengthening South/South cooperation, as opposed to the “carrots and carrots” policy adopted by some countries like Algeria.

Morocco’s reintegration into the continental body will act as an institutional and political endorsement of this vision. Nevertheless, it is not the most important issue that the kingdom has increased considerably it’s trade exchanges and investments in Africa during the last few years. What matters most is the fact that the strategic orientation for African development seems to be grounded in a sustainable development vision, a win-win approach involving all African countries. From this perspective, Morocco’s significant engagement in trade and investments in Africa will be enhanced by its geostrategic location linking Africa with Europeand the Atlantic with the Mediterranean.

On the political level, and more precisely the ideological field, many African countries have been misled about the Moroccan Sahara issue. Some countries’ fierce hostility, particularly Algeria and South Africa, aimed at the national and territorial integrity of Morocco, was fuelled by unfounded arguments that made superficial interpretation and fraudulent use of the people’s right for self-determination as uniquely a right for secession, contradicting the United Nations’ and even the African Union’s principles and practices. This presentation passes over at least two major historical truths.

Firstly: Morocco existed as a nation-state twelve centuries before foreign occupation, and was recognized by the international community as an independent state before the period of colonization. Secondly: The Cherifien Kingdom has been occupied by two imperial powers, namely France and Spain, and was not decolonized all at once. Therefore, the MS question was inaccurately presented to African countries as a decolonization issue, which neglects the fact that the Sahrawis are profoundly attached to their Moroccan identity, and that the Moroccan Sahara was the origin of some glorious Moroccan dynasties, such as Almorabitoun and Almohades.

Accordingly, the reintegration of the African Union will enable Morocco to unveil the artificial nature of the Moroccan Sahara conflict. In the meantime, it will also unmask the contradictions of the Algerian regime’s ideological support of the principle of Sahrawis self-determination and the denial of the same principle to Touaregs and Kabyl populations. Nigeria sustains the same kind of inconsistency in its support of the Polisario, while at the same time invoking territorial integrity when it comes to rejecting Biafra secessionist claims. It is obvious that such contradictions are stemming from a fraudulent use of the people’s right to self-determination.

Some may argue that joining the African Union could be interpreted as a tacit recognition of the pseudo-republic. Such interpretation seems more like a shortcut and is weakly arguedsince the Polisario entity does not meet any of the basic statehood requirements. Furthermore, one of the aims behind Morocco’s strategic decision to re-join the AU is to demystify the erroneous myth, which considers the Polisario as a legitimate representative of the Sahraoui population. Accordingly, the Moroccan vision matches that of the Africa Union’s regarding the principle of unchanged colonial frontiers, although Moroccan territorial integrity as a nation-state was tremendously affected by colonial frontier drawing.

On the security level, Africa is facing huge challenges and is confronted by imminent threats such as terrorism, violent conflicts, failed states, climate change, etc. Many parts of the continent are becoming locations for djihadists, armed militia, smugglers and terrorist movements taking advantage of state failure (Lybia, Mali, Somalia, Nigeria etc…) In this respect, Morocco’s expertise and its model of security cooperation serve as a guide for Africa’s people and governments to deal with their own threats.

Two principal aspects beg for this alternative: firstly, the participation of Moroccan troops in the United Nations Peacekeeping operations in many African countries is potentially a reinforcing factor for the African Union’s military capacity. Secondly, the Moroccan spiritual diplomacy is a major asset for the Moroccan soft power. It is based on the legitimacy of the Moroccan King’s religious leadership recognized by West African countries, and is hailed by many world leaders as a symbol of moderation, representing the core values of Islam.

Morocco’s religious diplomacy towards African countries is considered a form of soft power, harshly opposed to extremist ideologies, and therefore a strong vector of regional stability. The strategic choice to rejoin the African Union is also an opportunity for Morocco to push for more synergies between dispersed initiatives and regional frameworks dealing with security issues.

Last, but not least, it sounds obvious that Morocco’s decision to re-join the AU is closely linked to the process of resolving the Western Sahara question. The United Nations’ management of this issue has failed to reach any breakthrough since 1991.

In this regard, the reintegration of the AU is a remarkable decision for allowing the continental institution to take more responsibility in the political process to resolve the Western Sahara question. The pertinence of such an alternative first requiresthe suspension of SADR membership, thenconvincing Algeria to play a direct facilitator role in the process. The outcome can only be positive and fruitful for the future of the African continent.