London - First making her reputation with her work, the “Studies on the Composition of the Meccan Suras”, Angelika Neuwirth’s work has become among the most important in Europe about Islam. 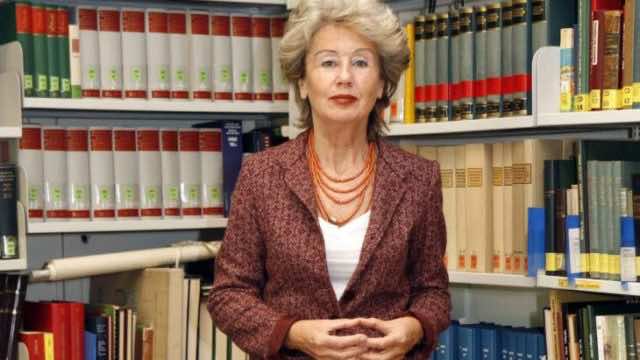 By
Hinna Sheikh
-
Hinna Sheikh is an undergraduate student of Arabic and International Relations at the University of Leeds in the United Kingdom.
Oct 12, 2016
Spread the love

London – First making her reputation with her work, the “Studies on the Composition of the Meccan Suras”, Angelika Neuwirth’s work has become among the most important in Europe about Islam.

In an interview with German magazine Qantara, Professor Neuwirth expressed her belief that the traditions conveyed in the Quran are the same as the ones found in European culture.

She further spoke about Islamic revelation and how it is embedded in late antique (i.e the same period and cultural realm in which Christian and Jewish theology developed). She goes on to say because of this we all come from a common origin, but this knowledge has been clouded by historical advancements.

In her first piece, she focuses on the linguistic and oral character of the Quran, arguing that the Quran is not a dictation but rather a conversation between humans and God. Neuwirth further suggests that the Quran is not just an information medium, but it holds many poetic features, which impart a multitude of messages on a semantic level. Its uniqueness comes from its multiple layers, rhythmic nature, rhetorical devices and its power of conviction. It is “enchantment through language.”

The acclaimed Professor goes onto to talk about the spirit of learning in the Quran. “Language is praised” she says, “Naturally this is related to knowledge. Language is the medium of knowledge.” It is for this reason; there is such an emphasis within the Islamic tradition on the acquisition of knowledge. This focus on knowledge was something that was absent from the Torah and Bible, she added.

On the differences between the Quran, the Bible and Torah, Neuwirth argues that the Quran differs in its view on salvation; it doesn’t limit it just to followers of the faith, but “humans who follow certain models.” Each individual is accountable for his/her own actions, and by fulfilling the ritual obligations one is entered into a relationship with the Creator.

Neuwirth goes onto describe how there has never been a comprehensive sécularisation movement in Islamic history due to the fact that the sacred and secular lived side by side harmoniously and thus there was no need. She further dispels the idea that the Islamic world is backwards or that the Western world is ahead of the Islamic world.

On women, Neuwirth argues that the Quran took a revolutionary step forward by equating men and women in terms of their spiritual status before God. This was truly exclusive for this time, when in the age of Ignorance gender equality was unthinkable. In secular matters also, she adds, women were afforded more rights in comparison to pre-Islamic times.

Her work on Quranic research is among the most important conducted in Germany. Neuwirth currently works as a professor in Freie University in Berlin and as a visiting professor in Amman, Jordan. 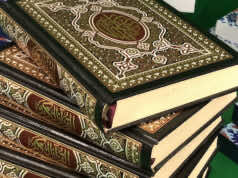