Bogota - Thousands of Colombians took to the streets of Bogotá on Wednesday night to promote peace. 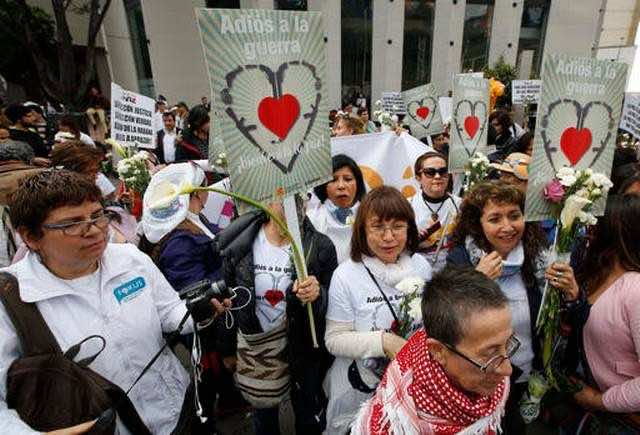 Bogota – Thousands of Colombians took to the streets of Bogotá on Wednesday night to promote peace.

In a show of support for the agreement inked last month by President Juan Manuel Santos and Rodrigo Londono, head of the Revolutionary Armed Forces of Colombia (FARC), the throng of students, farmers and indigenous leaders congregated in Plaza Bolivar, in front of congress.

There was no political party involved in the march, just citizens using their voice to push for peace in Colombia. For at least one night, a divided nation came together in the capital, and similar marches took place in other cities, including Cartagena, Cali, Barranquilla, and Neiva. Small marches were even seen in New York, Paris, and London.

Plaza de Bolívar was packed. The statue of Simón Bolivar in the center had a Colombian flag in his left arm and a white one on his right shoulder.