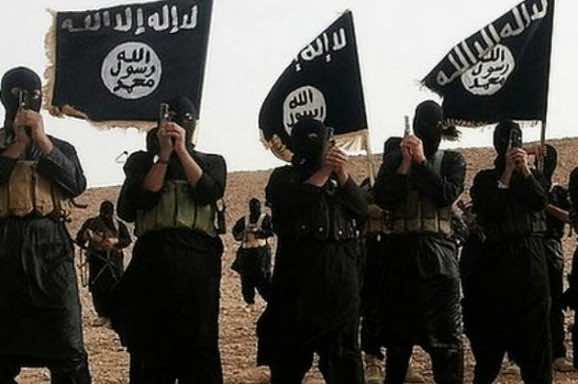 New Delhi – Reports indicate that ISIS has been able to carry out its first drone attack this week. The commercially available drone was used to deliver explosives that killed two Kurdish fighters.

Last December, Kurdish fighters claimed to have shot down two drones packed with high intensity explosives operated by ISIS, though ISIS reconnaissance drones have been spotted as early as December 2014.

This shows that ISIS is capable of assembling and modifying modern technology. It also demonstrates that the members of ISIS are not just ordinary fighters, but technologically sound and aware. ISIS has been able to lead a very strong recruitment drive on social media, and it has propaganda in almost all major languages throughout the world, seeking support for its concept of global Islamic state.

The terrorist organization has influenced lone wolf attacks where it has no physical presence, in some of the world’s most highly cyber-fortified cities. The level of encryption used by ISIS in their correspondence with member networks is a growing concern for cyber intelligence agencies.

The use of modern gadgetry by ISIS in comparison to its rivalries in Iraq and Syria has been highly productive in its spread and media dominance. ISIS has been able to manipulate social media to the highest level with a mammoth audience. The high level of technology it uses in its propaganda suggests that ISIS members are no amateurs when it comes to modern technologies.

The recent drone attacks have raised serious concerns about how ISIS was able to acquire the consumer drones, most of which are manufactured by DJI – which accounts for 70 percent of the market for this type of drone.

The New York Times report on the attack suggested that DJI – Phantom drone might have been used in the attack. Phantom drones can be easily acquired from the online shopping website Amazon.com. DJI denies that the ISIS drone was one of its manufactured product, but accepted that ISIS has been using its drones for scouting.

“Those who carry out such acts should be prosecuted to the full extent of the law. When governments come to us with lawful requests, DJI is ready to provide whatever technical assistance we can to those investigating this and other attacks,” a DJI spokesperson said in a statement.

DJI is now facing a similar a situation as Toyota. The automaker was questioned by counterterrorism officials last year about its trucks and SUVs being used by ISIS fighters in huge numbers. Toyota maintained that it had a strong policy of not selling to terrorist groups or paramilitaries.

DJI has refuted the claims of Phantom being used in the attack, saying Phantom can only carry 200 grams of payload, which makes it nearly impossible to carry such high intensity explosives.

Even if a Phantom was somehow able to carry it, that level of extra payload would reduce the flight time and its range. They also argued that the drone attack video showed a larger fixed wing UAV, with more payload capacity.

One of the alarming concerns is that drones are also flown by NGOs for humanitarian purposes, so it would be hard to distinguish between ISIS flying bombs and these aid deliveries.

DJI has been geofencing in order to discourage its drones near restricted areas like airports, prisons, security establishments, and nuclear plants. This list does not include war zones as areas not recommended, but has no clear mention of a no fly zone for Iraq and Syria as it would hamper the work of NGOs and prevent humanitarian relief efforts.

The only viable option that has been implemented by the Pentagon is to take down such drones whose flight mission is either not clear or suspicious, and it has provided its Iraqi and Kurdish allies with military grade counter drone equipment that can effectively disarm such drones. 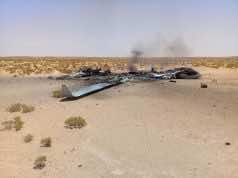