Marrakech - In my previous article, On Being Single and Fully-Accomplished I tackled the issue of being free to make one’s own choices, including wanting to be single and being completely satisfied with it, as long as we haven’t met the right person yet.

Marrakech – In my previous article, On Being Single and Fully-Accomplished I tackled the issue of being free to make one’s own choices, including wanting to be single and being completely satisfied with it, as long as we haven’t met the right person yet.

In this article, I would like to follow on the same footsteps and stress the issue of abstaining from procreating. I personally have never met a married person in my entire life who dares to consider having children as a choice. Everyone thinks that it’s simply how life goes: you’re born, you grow up, you get married, you procreate and then you die.

So many people, too many actually, perceive procreating as a natural step along the way, but do they ever stop to thoroughly reflect on the repercussions of their decision? Do they set a plan on how to raise the child so as the latter doesn’t turn to be yet another burden on society, but an active member who will contribute to its progress? Let us be a little bit selfish and think solely of the well-being of the child, have the parents read books on how to raise properly a child, took classes, consulted with a therapist, or learned from their parents’ mistakes?

Have they promised, or took an oath that they will do everything in their power to bring up a sane child into an insane world? What will happen to this child, or these children, when their parents are too busy to look after them, or too tired of it but are too afraid to admit it? What will happen when the parents no longer get along, which happens more frequently than we’d like to admit? One of two things usually happens: either the parents decide to force the relationship for the sake of the children, not realizing that by doing so they are ruining the life of each member of the family; or they will separate, and in that case, the time and effort that the parents need to invest in the prosperity of their off-spring will be overwhelming to some, and unfortunately, impossible to others.

Let us be even more selfish and take into consideration the well-being of the mother, the wife, the woman. Among those mothers who never believed she had a say in the matter of becoming a mother, is a woman with a personality of a depressive tendency, whose own body will turn against her with each pregnancy and delivery due to a temporary but prolonged hormonal fluctuation.

This woman will experience all sorts of emotional torture for a long while, an emotional instability that at times lead to divorce. Other women have sleeping disorders. Such women would literally go berserk because of all the sleepless nights that come with the job of being a mother. What if this woman cannot handle it and takes it out on the baby? And don’t tell me the “mothering hormones” will prevent that from happening because baby-blues are a reality. Not to mention all the health issues that will come to surface after delivery. Is every woman on the planet OK with such repercussions, or are they being forced into a new world that will overall revolve around fatigue, noise, someone’s dependency on you, and a lack of privacy and “me-time”?

I am not by any means trying to convince anybody not to have children; respecting people’s choices is a priority in my life. What I am simply trying to accomplish is give parents a glimpse at what will happen if they procreate before being 100% ready for it, as their decision will not only affect them as individuals, but a whole society, starting with its newest member, the new-born baby. 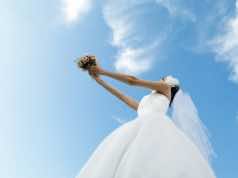 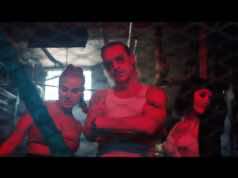