Rabat - The administrative reform requires a change of attitudes and mindset as well as quality laws, King Mohammed VI said. 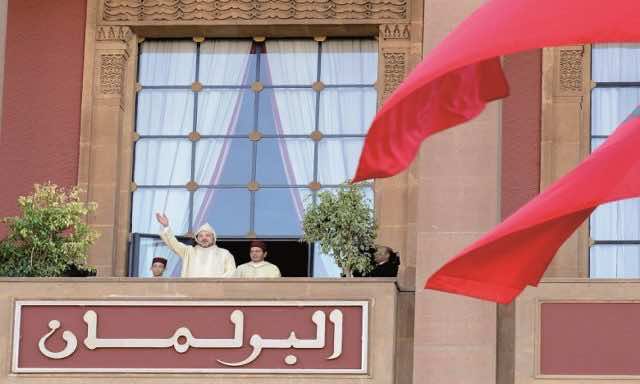 Rabat – The administrative reform requires a change of attitudes and mindset as well as quality laws, King Mohammed VI said.

He urged all stakeholders to commit to a keen sense of national responsibility in order to come up with real solutions so as to enhance the performance of state agencies and to improve the quality of the services offered to the citizens.

“Administrative reform requires a change of attitudes and mindset as well as quality laws in order to have effective state agencies that serve the citizens,” the Sovereign said in a speech before the members of the Parliament’s two houses (the House of Representatives and the House of Advisors) at the opening of the first session of the first legislative year of the tenth legislature.

“Therefore, I urge everyone – the Government, Parliament, political parties, trade unions, civil society organizations and civil servants – to commit to a keen sense of national responsibility in order to come up with real solutions so as to enhance the performance of state agencies and to improve the quality of the services offered to the citizens,” the King stressed.

For the monarch, everyone is responsible for ensuring the efficiency of state agencies and enhancing the quality of the services they provide because “they are the backbone of any reform and are critically important for the achievement of the development and progress we want our loyal citizens to benefit from.”

“Considering the current situation, special attention should be given to staff training. Indeed, staff members are the key link in the citizens’ relationship with government institutions. Not only should they be able to work in good conditions, but there should also be incentives for them as well as accountability and sanction mechanisms,” the Sovereign said.

King Mohammed VI added that e-government services should be offered across the board and in an integrated manner to ensure collective access to information by all sectors and services.

The use of information technology makes it possible to facilitate quick citizen access to services, without having to go to state agencies and interact with the staff, which is the main reason for the prevalence of corruption and abuse of power, the Monarch pointed out.

“When I laid out my conception of authority, I insisted on the need to combat those phenomena,” the King recalled.

Advanced regionalization, which has become a tangible reality, is the basis state agencies should build on to make their services as well as decision-making centers readily available to the citizens, the Sovereign underlined.

In this context, the Monarch stressed the need to develop and adopt an advanced administrative devolution charter that fits the requirements of the current situation.

“All parties and stakeholders are therefore called upon to be actively engaged in the institutional, development-oriented dynamic I am spearheading in the country,” the Kind said.

The Sovereign also noted that “despite the shortcomings of some state agencies, the picture is not all bleak; nor does this mean that those agencies are not discharging their duties,” stressing that they “have highly professional and technical capabilities, and their performance is improving.”

This is clearly evidenced by the major projects being implemented, as well as by the successful national and sectoral policies which have transformed the country, and which have played a prominent role in the progress made in all fields, the Monarch noted.

“Nevertheless, my ambition goes beyond that, and the citizens’ expectations are higher than what government institutions are currently offering. In fact, state agencies need to improve performance to keep up with the progress Morocco is making,” King Mohammed VI said.

“I believe administrative efficiency contributes to promoting development and attracting domestic as well as foreign investment; it also enhances the trust enjoyed by Morocco,” the Sovereign concluded.