Rabat - The United Nations Educational, Scientific and Cultural Organisation (UNESCO) adopted a resolution in it denied the existence of any connection between Judaism and the Al-Aqsa Mosque, in Al Quds, or Jerusalem. 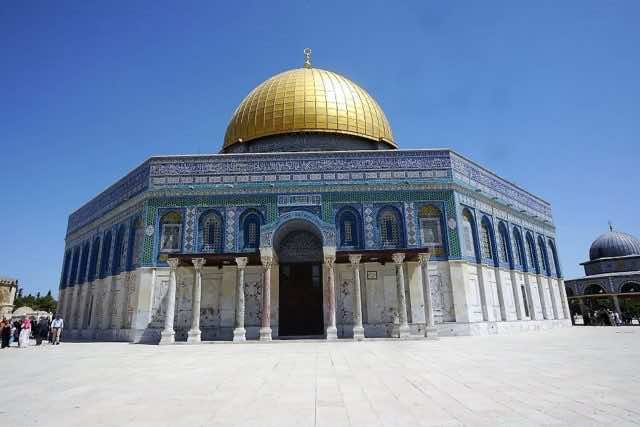 By
Hinna Sheikh
-
Hinna Sheikh is an undergraduate student of Arabic and International Relations at the University of Leeds in the United Kingdom.
Oct 15, 2016
Spread the love

Rabat – The United Nations Educational, Scientific and Cultural Organisation (UNESCO) adopted a resolution in it denied the existence of any connection between Judaism and the Al-Aqsa Mosque, in Al Quds, or Jerusalem.

In response to UNESCO members Bennett said: “Your decision denies history and encourages terror. Those who give prizes to supporters of jihad in Jerusalem mere days after two Jews were murdered in the city, may very well be the next in line.”

He added: “The western world stands before UNESCO and against terror, just as they oppose terror in Aleppo they must unite against diplomatic terror in Jerusalem. The next terrorist will gain legitimacy from yesterday’s sick decision. Cutting Jerusalem off from Israel will create a domino effect that will affect the entire Western world.”

Irina Bokova, UNESCO Director General spoke out against the decision taken by the organisation’s executive board for the adoption of the resolution.

In a statement Bokova said: “The Al Aqsa Mosque [or] Al-Haram Al-Sharif, the sacred shrine of Muslims, is also the Har HaBayit – or Temple Mount – whose Western Wall is the holiest place in Judaism.”

“Jerusalem is the sacred city of the three monotheistic religions – Judaism, Christianity and Islam. It is in recognition of this exceptional diversity, and this cultural and religious coexistence, that it was inscribed on the UNESCO World Heritage list,” she added in the statement, which was made hours after Israel’s ambassador to UNESCO, MK Carmel Shama-Hacohen, asked her to speak out against the motion, as she had done in April, when the UNESCO executive board voted in favour of a similar motion