London - A Right Wing Militia Group has been arrested for planning to carry out attacks on Muslims in the United States. 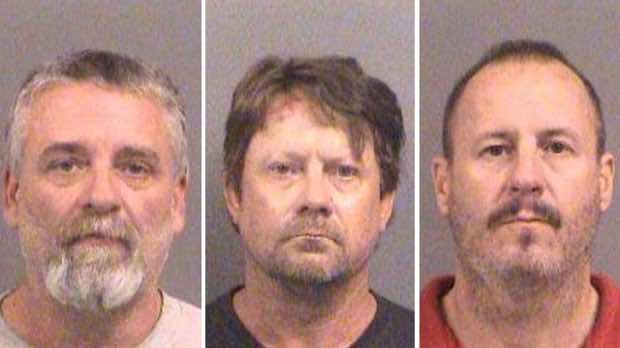 By
Hinna Sheikh
-
Hinna Sheikh is an undergraduate student of Arabic and International Relations at the University of Leeds in the United Kingdom.
Oct 15, 2016
Spread the love

London – A Right Wing Militia Group has been arrested for planning to carry out attacks on Muslims in the United States.

FBI officers arrested the group called “The Crusaders”, consisting of three men from Kansas on Friday after plotting to attack Muslims living in the state.

The men in question, Patrick Stein, Gavin Wright and Curtis Allen, all in their late-40’s, were part of a group that held anti-Muslim, anti-immigrant, anti-government, extremist views. Their main target was an apartment complex in Garden City, Kansas, an area inhabited by Muslims.

The men planned for the attack to take place one day after the presidential election, November 9th.  According to the Department of Justice, their plan was to load vehicles with firearms, ammunition and explosive materials and situate them around the complex, in order to cause a big explosion.

The FBI had monitored the three men since February; signalling that their rhetoric was filled with violence, malice and hatred.

“The only good Muslim is a dead Muslim” the FBI reported Stein saying, it was also reported that he would “enjoy” shooting Muslims’ heads. According to the FBI, Stein added: “When we go on operations, there’s no leaving anyone behind, even if it’s a one-year-old, I’m serious. I guarantee, if I go on a mission, those little fuckers are going bye-bye.”

Stein also discussed the targeting of a church that had supported refugees. Furthermore, in July 2016, the three men met and plotted to attack city and county commission meetings and even landlords who rented properties to Muslim refugees.

The FBI installed an undercover agent to work with a confidential source to monitor the group.

During one conference call, Stein allegedly said: ““The only fucking way this country’s ever going to get turned around is it will be a bloodbath and it will be a nasty, messy motherfucker. Unless a lot more people in this country wake up and smell the fucking coffee and decide they want this country back … we might be too late, if they do wake up … I think we can get it done. But it ain’t going to be nothing nice about it.”

It was also reported that Stein referred to their targets, Somali immigrants, as “cockroaches”, further discussing to dip their bullets in pigs blood before using them. His hatred extended to Somali women also, calling those wearing traditional clothing “fucking raghead bitches.”

From observing the three men’s Facebook pages, it is evident that the views they held were inherently anti-Muslim in nature. They would often share posts from conspiracy websites, with Stein sharing an article from a website, “Militia News” about the “Muslim Conquest of America”, in May earlier this year.

The arrest of the three men comes amidst a wave of anti-Muslim and anti-immigrant sentiment in the US.

This incident is just one in a string of many in the States, with various mosques being vandalized and destroyed, over 78 times in 2015 alone, a 400 percent increase from 2014, according to the Council on American-Islamic Relations.

A report, published from the Center for the Study of Hate and Extremism at California State University, documented as many as 260 hate crimes targeting Muslims in 2015, an 80 percent increase from the previous year. This figure was the highest recorded number of annual hate crimes since 2001.

The online news website, The Huffington Post, also found nearly 290 acts of anti-Muslim violence, discrimination and political speech in the US.