Rabat - As one sifts through Rwandan news outlets, captions extolling the visit of King Mohammed VI to the country emerge on the front pages of national newspapers and online platforms. 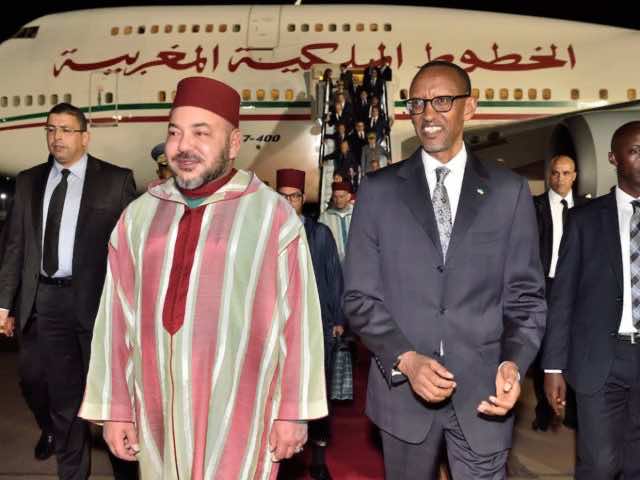 By
Safa Othmani
-
Safa Othmani is a Tunisian academic and university teacher.
Oct 19, 2016
Spread the love

Rabat – As one sifts through Rwandan news outlets, captions extolling the visit of King Mohammed VI to the country emerge on the front pages of national newspapers and online platforms.

The visit comes as part of Morocco’s endeavors to boost bilateral ties between the two countries, in the first such move by King Mohammed VI since his accession to the Moroccan throne in 1999.

Rwanda’s Leading English Daily The New Times lauded the visit, which marks the first leg of the King’s three-state tour of eastern Africa.

The newspaper dubbed the warm and gracious welcoming ceremony an act of gratitude and a mark of respect aiming to pay homage to the King.

It dubbed the visit to Rwanda by the King “a reciprocation” of a visit by President Paul Kagame in June this year, when he had a two-day state visit to the North African state.

During President Kagame’s visit, he was decorated by King Mohammed VI with the Grand Collar of Wissam Al-Mohammadi, Morocco’s finest national revere.

French-speaking Rwanda News Agency (RNA) also hailed the visit as one of paramount importance and a leap forward in the history of the Moroccan-Rwandan bonds.

The visit seems however to have cheesed off the Algerians, for whom a move of a similar kind implied that a process to retrieve Casablanca’s prestigious status in the African Union stood on the doorstep.

Arabic-speaking daily Hesspress, quoted Algerian news outlets as voicing Algerians’ deep anxiety over the upshots of the monarch’s trip to East African regions at a time when the Kingdom has been striving to rejoin the African Union, after a three-decade truancy.

Algerian pulpits also retraced a statement by the King in which he pledged to never reckon the legitimacy of a self-proclaimed entity (in reference to the POLISARIO Front) that threatens the kingdom’s territorial integrity and turns it into a negotiating asset, the same source added.

In a lengthy letter to the 27th African Union (AU) Summit, which kicked off on July 17, 2016 at the Kigali Convention Centre (KCC) in Rwanda, King Mohammed VI of Morocco declared his country’s intent to join up the union.

Morocco stepped down from the AU’s forerunner, the Organization of African Unity (OAU), 32 years ago in response to the group’s back-up for the dissident Polisario Front.

The letter referred to OAU’s standpoint as a dishonest fait accompli and a coup against international legitimacy.

The official added: “Of course the African family welcomes Morocco’s return, but no one wants any debates or diplomatic disputes between member states. We want to work together for the benefit of the continent.”

The East Africa tour comes just one week after King Mohammed VI had sworn in dozens of diplomats to speak up for Morocco overseas. 18 ambassadors were appointed to the position of Morocco’s representatives in African countries.