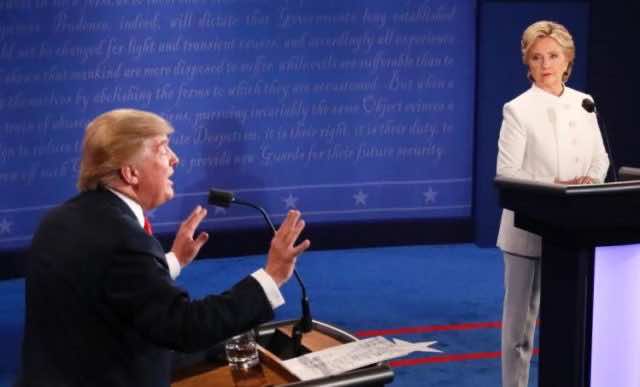 The first Clinton-Trump face-off in September attracted a total TV audience of 84 million, the largest in the history of U.S. presidential debates.