After a long list of successful mobility challenges – from Australia, to Sao Paulo, and Taipei to LA – IMCS is awarding $60,000 in prize money to winners of the Mobility Challenge in North Africa.

This will be the first time the region will host this event, which will focus on the culture of shared taxi rides in Morocco and how best to make that experience more efficient and beneficial for all.

Ford has put forward a challenge for Moroccan developers to build an app that will assist passengers in enjoying a shared ride with greater ease, while simultaneously in a manner that is both cost and time efficient. A challenge has also been set to create a smartphone application that will help Morocco’s taxi drivers fill seats more quickly and efficiently.

To date, there have been 33 submissions on Devpost, a hackathon platform used by thousands of developers to showcase their projects. Deadline for submissions was October 4, followed by the judging period, which commenced October 10. A panel of 6 judges decided the winners based on various parameters including a secret public voting system, which concluded October 19.

Ford IMCS will declare the winners On November 3. The Grand Prize is $15,000, Second Prize $7000 and Third Prize $3,000. Lesser prizes such as USD $3000 for Best Mini-Challenge Solution, $1000 for Best Mini-Challenge Solution OpenXC Integration and $1000 for the Popular Choice will also be awarded. Finally, a $30,000 SUPINFO Scholarship, full time study program non-cash Recognition Award for Large Organizations will also be handed out.

These developers have worked extensively for months on these projects coding the app, conducting field surveys, designing user-friendly interfaces and working on technical limitations. They have also been tasked with ensuring that their projects are productive and bug free. After all, handling exceptions is the most important and difficult task of a Taxi Application.

According to Chedli Taxi Developer, Mohammed Bakr Sikal, “As we only found out about the project one month and a half ago, developing ChedliTaxi was not a straightforward job. Proper Android development takes time especially when dealing with a Real-Time communication application.

In fact, we have received many returns with wrong directions that made the Exception Handling process very tiring.” Speaking from personal experience, Masters student, Sara Naam, said, “… I have to switch two or three taxis to get to university, I always get late due to long delays and it is so expensive. We really need an innovative solution to this problem.”

Moroccan tech enthusiasts were encouraged to show support for their favourite projects by liking the app submissions, which provided these developers with feedback to make improvements to the applications for public use.

Five out of the 33 projects submitted have received more appreciation than others, with “Chedli Taxi,” topping the list with 304 registered likes. Currently in second place with 295 likes is “CoTaxi” developed by Bahrouni Anas from Agadir.

Third place with 130 likes belongs to TaxiShare, developed by Eric Tidiye and Yendou Palu Kossi LENE, both from Rabat. Fourth and fifth positions are projects “HeyTaxi,” with 124 likes and “Igloo Car,” with 59 likes. All contenders await the winners’ announcements on November 3 with baited breath, their fates locked in communal apprehension.

Taxi Drivers on 6th Day of Strike in Fez 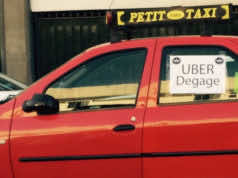 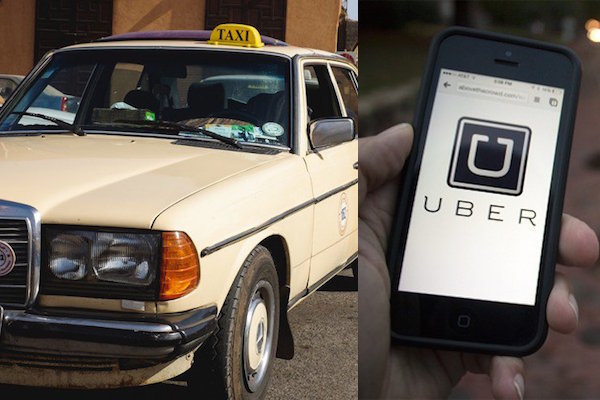