Rabat - A young girl in  Agadir made an unsuccessful suicide attempt by jumping from an electricity column after her rapist refused to marry her. 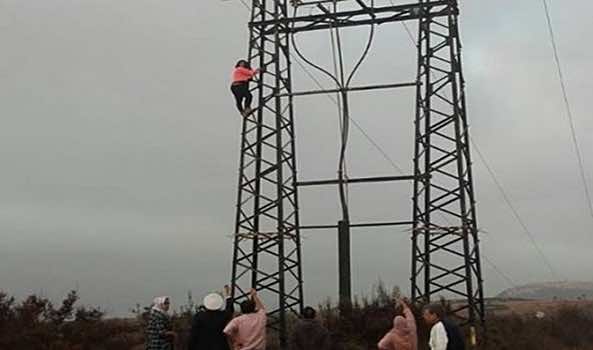 Rabat – A young girl in  Agadir made an unsuccessful suicide attempt by jumping from an electricity column after her rapist refused to marry her.

the desperate young girl jumped off a 10-metre high electric column despite the pleas of people around her. Luckily, the attempted suicide was unsuccessful and the girl was immediately taken to the emergency department, according to Moroccan news website Alyaoum.

The same source added that the girl chose to end her life after she had faced much despair when her rapist refused to marry her.

When the rapist, the son of an official, refused to keep his promises, the victim went to the authorities and filed a complaint against him. However, after having waited for a long period of time she decided to put an end to her life.

The event caused a much traffic interruption as tens of cars and trucks piled up along the road. Passengers gathered around the electric column and implored the young girl to renounce her decision, but their pleas were to no avail.

This event is another in the line of rape victim tragedies; it echoes the case of Khadija Essouidi, who committed suicide on July 29th in Rehamna south of Marrakech following after she was a victim of gang rape. The incident caused uproar in the country and was condemned by Moroccans on social media and by various human right organizations.