Rabat - Arshad Khan, an 18-year-old Pakistani tea seller or “chi wala,” with mesmerizing blue eyes has become an overnight sensation after a recent photograph of him at work went viral. 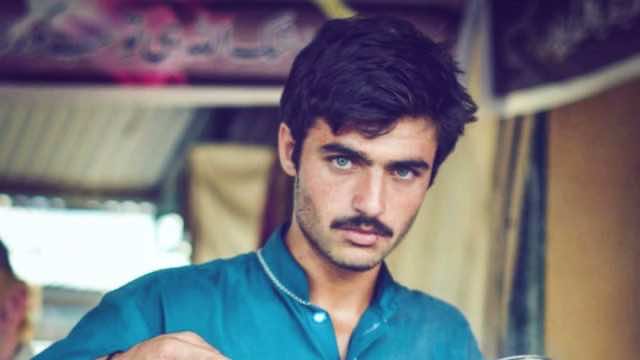 Rabat – Arshad Khan, an 18-year-old Pakistani tea seller or “chi wala,” with mesmerizing blue eyes has become an overnight sensation after a recent photograph of him at work went viral.

Several months ago, Jiah Ali a photographer based in Islamabad, captured a photograph of Khan working at a bazaar in the Pakistani capital. In the photo Khan appears staring straight into the camera lens while pouring tea for a customer.

Ali posted the photo on her Instagram account last Saturday, under the caption “Hot-tea.” Almost instantly the photo lit up social media and has amassed more than 21,400 likes and 2,440 comments; overnight success by anyone’s measure.

Khan’s brilliantly blue eyes appear to have captivated the hearts and admiration of social media users who continue to share the photo enthusiastically. Within in just a few days of its publication, the hashtag #ChaiWala has become the most trending item in Pakistan.

In an interview with local media, Khan disclosed that his family has lived in Islamabad for the last 25 years and that he just joined the tea stall a few months ago.

Hard as it is to believe, until becoming a media sensation, Khan confessed that he had no idea about social media networks such as Instagram and Twitter, adding that he has yet to learn how to read and doesn’t own a phone.

“It was a real surprise! I was aware that I am handsome, but you can’t do anything when you are poor,” Khan said “The image has changed the way I think.”

Fitin.pk, an Islamabad-based e-commerce website hurried to sign a contract with Khan. It has already published pictures of their newest model wearing its t-shirts and promoting its brand. In a Facebook post, the company said that “the chai wala is now a fashion wala.”

As for the photographer, whose work launched Khan’s amazing transformation from poor tea seller to social media darling, Ali wrote on her Facebook that she is “very happy” about his newfound fame, adding, “he would love to accept modeling and acting offers.”