Casablanca - Famous American talk show host, Oprah Winfrey, is calling upon Americans to vote for Hilary Clinton, regardless of whether or not they like her. 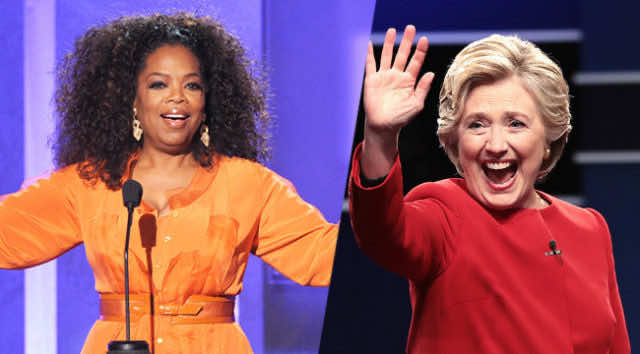 Casablanca – Famous American talk show host, Oprah Winfrey, is calling upon Americans to vote for Hilary Clinton, regardless of whether or not they like her.

In an excerpt from her interview with T.D. Jakes on his namesake show, Winfrey said that the only reason she has not articulated her support of Clinton in a clear way is because she “didn’t know what to actually say that would pierce through all the noise, and the chaos, and the disgusting vitriol that’s going on and actually be heard.”

Addressing the segment of Americans still undecided, particularly after Clinton’s email scandals, Winfrey told them; “There really is no choice, people. All the people sitting around talking about they can’t decide … this is what I really want to say, I hear this all the time, you get in conversations … where people say, ‘I just don’t know if I like her.’ She’s not coming over to your house. You don’t have to like her. You don’t have to like her.”

The American media mogul suggested that the issue is not about the individual nominees but about the fate of the country; “Do you like this country?” Winfrey asked. “You better get out there and vote. Do you like the country? Do you like freedom and liberty? Do you like Democracy? Or do you want a demagogue?,” in reference to republican nominee, Donald Trump.

The full interview will be aired this week on Winfrey’s OWN network, according to The Huffington Post.