Rabat - King Mohammed VI's ongoing visit to Africa is another sign of Morocco's rising economic, political and religious leadership in all of Africa.

Rabat – King Mohammed VI’s ongoing visit to Africa is another sign of Morocco’s rising economic, political and religious leadership in all of Africa.

The Moroccan King’s visit to Rawanda, Tanzania and Ethiopia has been hailed as “historic” by east African media. The Tanzanian Minister of Foreign Affairs, Mr. Augustine Mahiga, said that it is the first time his Country is visited by a Monarch.

But beyond the symbolism of the event, the visit came as another sign of the forward-looking King’s desire to lead, to break barriers, and play a role of a visionary integrator and unifier on the African continent. While West Africa is historically a natural economic and spiritual partner and geostrategic realm of influence for Morocco, East Africa (with the exception of Kenya) has remained generally beyond the reach of Moroccan religious and economic players. 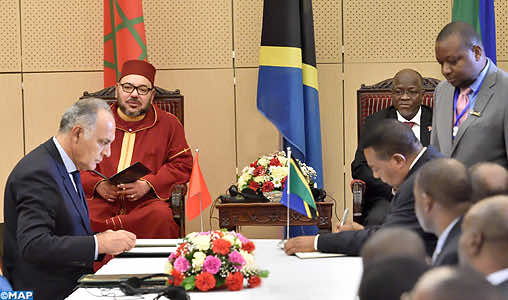 Kings Mohamed VI’s visit to the three key east African countries, brings forward the Monarch’s now well-known economic agenda for Africa as well as a political message of hope, unity and self-trust. We all remember the King’s famous speech in Abidjan two years ago when he calls upon Africa to have confidence in Africa and for Africans to look forward to the future with will, hope and fortitude. That is a much needed political wisdom from a King who is both a relentless reformer and a deep believer in the shared destiny of all African peoples.

Underlying the political message, comes the economic agenda. Public and private key players translate the royal agenda into investment projects, joint ventures, and cooperation agreements. Morocco is thus the second investor in Africa; its banks have branches all over the continent; and Casablanca is becoming the new financial hub for emerging African markets.

For the King of Morocco, economic investment is key to human development, itself essentiel for peace, safety and prosperity. As in West Africa, Morocco plans to invest heavily in East African economies through the joint ventures signed in the presence of the King and his hosts. For King Mohammed VI, South/South cooperation should be an economic and political reality, not a shallow slogan. 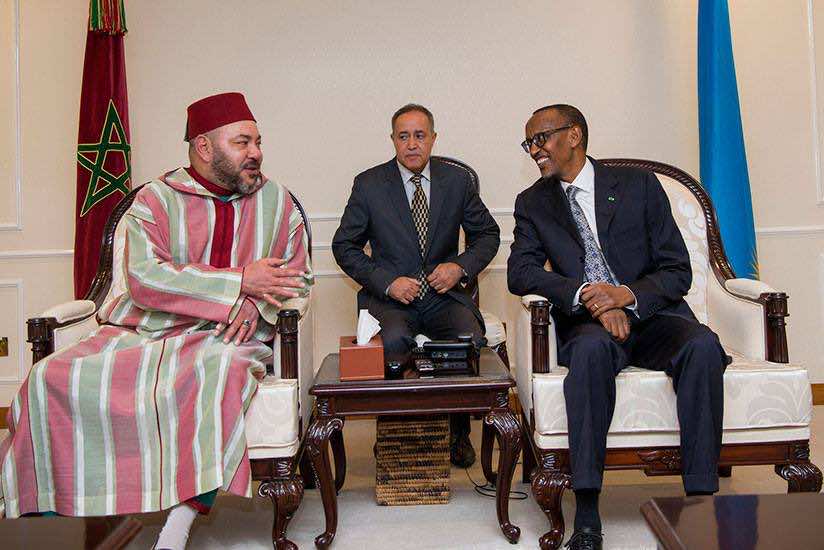 But the King isn’t just another head of state visiting East Africa for economic and political reasons. He is a spiritual leader, a Commander of the Faithful, preaching an open and tolerant Islam and offering a working approach to the thorny questions of Jihad, Islam and democracy, and role of religion in political life. The threats to East Africa from terrorist groups like Chebab and other Horn of Africa jihadists is real, not only for Kenya, but for other countries like Ethiopia, Tanzania, Eritrea and even Uganda.

Morocco will partner with some of these countries to share intelligence and successful ways to combat terrorism. It has also shown readiness to train Imams on how to convey to youth and the Muslim populations in general, the true message of Islam, namely that of co-existence, tolerance and respect for difference.

The King of Morocco leads by doing, by bringing the key players of his country to invest in progressive and reform-minded countries like Rawanda, Tanzania and Ethiopia. He also leads by being who he is: a visionary Monarch endowed with a mission, to see the African continent prosper when its positive forces of creativeness, inventiveness and belief in oneself are unleashed to bring much needed-joy and prosperity for Africans; and a Commander of the Faithful, seeing Islam as source of hope, of how Muslims and non-Muslims could live together and share their humanity together and build their destiny together.