Casablanca - OCP group, the Moroccan world leader in the phosphate industry, announced on October 21 the creation of a joint venture with India’s fertilizer cooperative, Kribhco, aiming to build a large-scale fertilizer manufacturing plant in Krishnapatam, India. 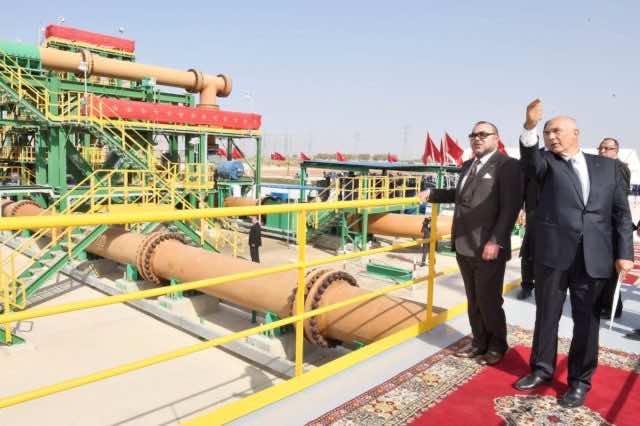 Casablanca – OCP group, the Moroccan world leader in the phosphate industry, announced on October 21 the creation of a joint venture with India’s fertilizer cooperative, Kribhco, aiming to build a large-scale fertilizer manufacturing plant in Krishnapatam, India.

OCP’s statement details that the plant will require an initial investment of 2.3 billion dirhams, to be made equally by both the OCP and Kribhco, and that the plant is expected to produce 1.2 million tons of fertilizer every year.

Mostafa Terrab, the CEO of the OCP group, is confident that the venture will be a “win-win” for all parties involved.

“OCP has always been, and remains fully committed to contribute to India’s agricultural development. We believe large scale local investments designed to respond to farmers’ specific needs is the key ingredient to successful agricultural ecosystem development. As one of the major cooperatives in India, Kribhco is an excellent partner to develop a farmer-oriented agricultural input joint-venture,” Terrab said in his statement.

This venture is also expected to bring about additional partnership between the two nations, with Kribhco potentially building a phosphoric acid plant in Morocco.

Moroccan-Indian economic relations have been on the rise since King Mohammed VI visited New Delhi’s India-Africa Forum last year. During his visit, the monarch pushed for increased Moroccan-Indian commercial and trade cooperation. And India has also recently expressed the same desire.

During a visit last May, Indian Vice Prime Minister Mohammad Hamid Ansari met with Prime Minister Abdelilah Benkirane and encouraged the facilitation of bilateral trade. India, with its vast agrarian landscapes, sees potential in Morocco, where phosphate resources are aplenty. Morocco produces 30 million tons of phosphates a year, making it the country with the largest reserves of phosphates in the world.

This new venture is the start of something big between Morocco and India, one that will hopefully be fruitful for both.