Rabat - The Kingdom of Morocco and the 20,000 strong Moroccan-American community were recognized at the Second Alexandria International Festival this past weekend with a gift of the City of Alexandria’s flag. 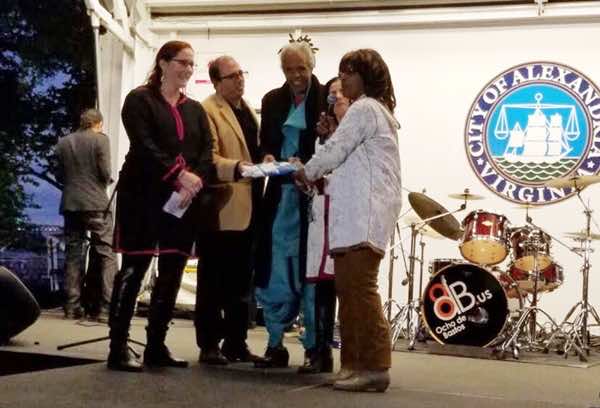 Rabat – The Kingdom of Morocco and the 20,000 strong Moroccan-American community were recognized at the Second Alexandria International Festival this past weekend with a gift of the City of Alexandria’s flag.

The City of Alexandria’s Regional Program Director, Cheryl Lawrence, acknowledged the longstanding relationship of Morocco and the U.S. during the Morocco Moment presented by the Moroccan American Network at Alexandria’s Second International Waterfront Festival on Saturday October 22, by giving the flag of the City of Alexandria, Virginia, as a token of friendship toward Morocco.

Legendary Gnawa musician Hassan Hakmoun, who performed at the festival, Mohamed El Hajjam, CEO of premiere festival sponsor AV Actions Inc. and President of the Moroccan American Network, and Khadija Ghazzar received the flag on behalf of the Kingdom to be delivered to King Mohamed VI.

Founded in 1749, Alexandria is one of the older cities in the U.S., and historically one of the busiest ports in the nation.  Morocco was the first country in the world to recognize the independence of the United States in 1777, memorialized with a signed Treaty of Friendship in 1786.  In presenting the flag, acknowledging the longstanding relationship and Alexandria’s maritime history as a hub of international business, Lawrence said, “We couldn’t have done it without the Moroccans; they accepted us with love.”

Morocco was the featured country at Alexandria’s second international festival, which every year showcases Alexandria’s ethnic diversity and inclusive culture.  Hanging above center stage were the American flag on the left, the City of Alexandria flag on the right, and the Moroccan flag in the middle. 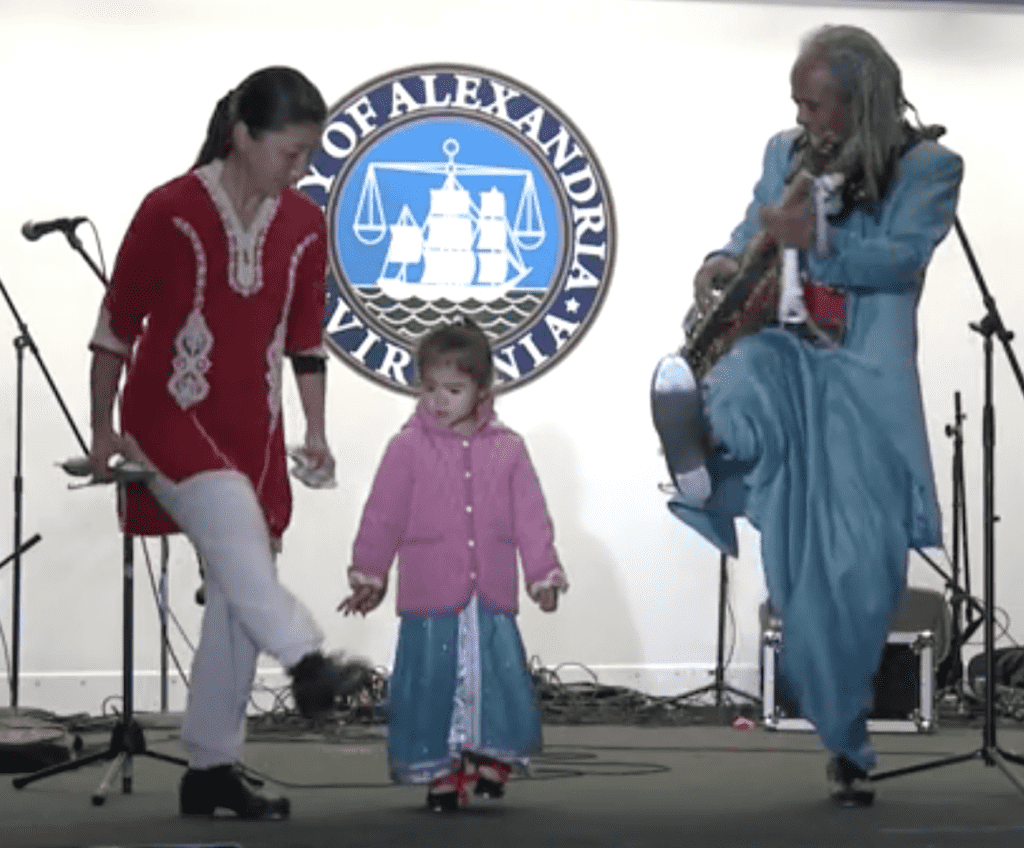 The Morocco Moment showcased Moroccan music and couture.  Dressed in a loose fitting turquoise trouser suit of his own design, Hakmoun performed traditional and original Gnawa music on sintir with vocals, accompanied by his professional dancer wife Chikako, who dressed in bright red sang, played the qarqaqab (metal castanets), and tap danced, while their three-year-old daughter Aya danced between them on the stage in her mini rose and green kaftan.  It was a truly spectacular family performance.

Showcasing one of the quintessential cultural elements of Morocco, the designs of Moroccan-American fashion designer Khadija Mouh were paraded down the run way by volunteer models in a mini-fashion show. The show included the traditional kaftan as well as other, more modern styled items, featuring colorful and beautiful, hand-embroidered Berber designs.

On Monday, representatives of the Moroccan American Network visited Mayor Allison Silberberg to thank her and the City of Alexandria for its friendship and support of the Moroccan American business community.  Representatives included MAN President and Alexandria resident El Hajjam; Khadija (Katie) Ghazzar, Coordinator of the Morocco Moment; Mohammed Saadouni, noted Moroccan journalist assisting with media relations; and Elisabeth Myers, attorney and strategic advisor and former long-time resident of Alexandria and Chair of the Alexandria Performing Arts Association.

“America is a nation of immigrants,” Mayor Silberberg said. “The City of Alexandria has opened its doors to people of all ethnicities, cultures, religions, and walks of life.  The Moroccan-American community is a dynamic force in Alexandria, and we were pleased to showcase its cultural heritage at our annual international festival.”