Rabat - Just over ten days until the general election in the United States. On November 8, voters across the country will elect a new president, 34 members of the US Senate (one-third of that body), 435 members of the US House of Representatives, as well as several governors, legislators, mayors and city council representatives. 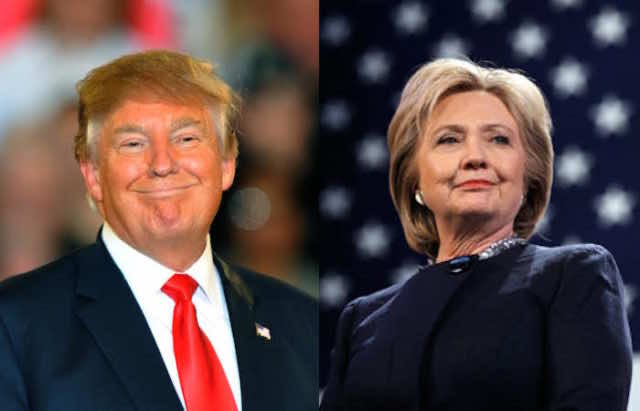 Rabat – Just over ten days until the general election in the United States. On November 8, voters across the country will elect a new president, 34 members of the US Senate (one-third of that body), 435 members of the US House of Representatives, as well as several governors, legislators, mayors and city council representatives.

The 2016 race has proven to be a nasty brawl between Democrat Hillary Clinton and the Republican candidate, Donald Trump. In-depth discussions of party platforms have rarely been the focus of US presidential campaigns, but the three presidential debates held this fall were dominated by personal misconduct issues, WikiLeaks revelations, sexual improprieties, name-calling, and questions about personal temperament. The two candidates – indeed, the entire nation – will stumble across the finish line on Election Day exhausted and slightly bruised. And what comes next is just as important. Governance or gridlock? Will the 2016 election reaffirm American’s faith in representative democracy, or has the nation become so politically and culturally divided that we have given up on Washington and the time-honored tradition of bipartisanship. Spirited political debate and contested elections are good for democracy. And so is compromise.

In the aftermath of Morocco’s parliamentary elections on early October, observers noted the low voter turnout (43%) and high level of apathy that voters displayed for the numerous parties and for the electoral process in general. A young Moroccan friend, reflecting on why he hadn’t voted on October 7, told me how disappointed he was that the parties had promised to lead the nation but, five years later, they had failed to gain his trust on the issues that mattered to him. The Arab Spring created real expectations for change, especially among the young. Whether through social media or personal contacts, that disappointment will filter up to party elites and political leaders. But change comes in ways that the system – and voters – don’t always perceive.

In the United States, that spark for change often comes from, as we say, out of nowhere. Barack Obama was a modestly known first-term senator from Illinois when he captivated the nation in 2008. In 2010, a citizens-led (primarily white, middle- and upper-class) anti-government Tea Party movement engulfed the Republican Party with a simple message: stop ignoring us! The lesson: citizens often demand change when the status quo isn’t meeting their expectations. It may be that people are afraid of change and find comfort in “the way things used to be”. But governance is about improving the lives of all citizens not just those with the same political persuasion. The American economy is growing at a modest rate; unemployment is under 5%, personal incomes are rising, yet Americans are filled with a moderate level of anxiety about their future and the direction of the nation.

It may be that in the evolution of Moroccan electoral politics, the sense of duty and obligation to the electorate (to get things done) is beginning to have relevance in Rabat and the corridors of power. Even as the coalition-building process continues by Justice and Development Party (PJD) leaders, Morocco’s parties are in self-evaluation mode. The central question may be: What can we offer Moroccans in 2016 that will improve their lives and strengthen the bonds between the government and citizen?  King Mohammad VI himself, just one week after the election, chastised members of the new parliament (both chambers) directly for having created a disconnect between citizens and their government:

Some people do not understand why citizens seek the assistance of their King to resolve simple problems and issues. What this means, in fact,  is that something, somewhere, is not functioning properly.

To this non-Moroccan, it was a remarkable moment of candor. Americans call this “tough love.” On one level, the King’s speech was not dissimilar to President Jimmy Carter’s so-called “crisis of confidence” speech in July 1979. But with a unique twist. As the price of gasoline doubled and inflation soared, Carter challenged ordinary Americans to re-evaluate their lives, their priorities and their economic needs. The King challenged Morocco’s political elites to redefine their notions of governance, leadership and administrative stewardship. “It is a crisis of confidence. It is a crisis that strikes at the very heart and soul and spirit of our national will,” President Carter said. Tough love, indeed. Similarly, the King sought to build on the work of his father and grandfather; political leaders, administrative leaders and common citizens should all rise to the occasion and participate in the building of a vibrant civil society. Sound advice for Americans, too, in 2016.

The 2016 presidential election has focused heavily on the personal attributes of both Hillary Clinton and Donald Trump. An important component of US elections is the so-called comfort factor: how comfortable is the average voter with a particular candidate. The personal connection is important, even when it is made over the airwaves or on the Internet. In American political lexicon, we talk about “blue states” and “red states”. This refers to the preferences of a given state for either Democratic (blue) candidates and policies (liberal, usually progressive on social or cultural issues) or Republican (red) conservative, laissez-faire, socially conservative candidates and policies.

As the party seeking to regain the presidency after eight years, the Republican Party sought a candidate that had the qualities so important to modern Republican values: leadership to reverse the power of Washington (i.e., limit the power of federal government agencies), lower taxes, and a greater promotion of conservative (traditional) cultural values. T

he candidate who emerged from a five-month long primary selection process was Donald Trump, a New York real estate developer and financier. For the Democratic Party, former Secretary of State Hillary Clinton won the Democratic Party nomination after a strong challenge from a progressive challenger, Vermont Senator Bernie Sanders. With just ten days left in the campaign, both candidates are racing around the country, campaigning in states where they believe they can win. The race to 270.

When Congress and the presidency are controlled by two different parties, conflict is expected. And so is compromise. It’s part of the checks and balances system that is such a prominent part of the American political system. While compromise occurs on some issues, other national priorities languish when party leaders find little motivation to compromise. A public opinion poll of Congress (Republicans currently control both chambers of Congress) in March found that just 13% of Americans approve of the job that Congress is doing. President Obama’s current approval rating is about 55%, fairly high for a departing president.

It seems Americans, those who are engaged in politics anyway, have strong feelings about their political leaders. A Pew Research Center survey in June found that a majority of party members in both parties had “very unfavorable” views of the other party. But, it’s important to remember that 2016 is an election year. No incumbent president seeking re-election. Emotion is high. What’s required after the election is some principled political leadership from both parties to ensure that problems that matter to Americans are addressed. Compromise is based on honest political dialogue that is rooted in mutual respect.

Bipartisanship, as it is known in the US, requires party leaders to see beyond heated rhetoric (including their own) and to find common ground. If Hillary Clinton becomes the 45th President in January, and the Republicans retain control of both chambers of Congress, will Republican leadership seek compromise with the new president? And vice-versa: a Trump Presidency with perhaps a split Congress. Will Democratic leaders sit down at the table with a President Trump? Modern American political history points toward a spirit of cooperation and goodwill between the new president and Congress. Sometimes it lasts, sometimes it doesn’t.

A concession, then governance

Either Donald Trump or Hillary Clinton will emerge the winner in the late evening of November 8 or early morning November 9. The tradition of American political campaigns is for the losing candidate to make a concession speech (preceded by a phone call to the winner) congratulating the winner on their victory. Then the necessary and difficult task lies ahead: governing. Budgets, immigration reform, health care, foreign policy goals, global trade agreements, education funding, and much more. Beyond governance, the new president and new congressional leadership need to create bonds of trust with the American people. Though King Mohammad VI was directing his October 14 comments toward Morocco’s administrative apparatus, his sentiments are just as relevant for American political leaders: “The goal all institutions should strive to attain is to serve the citizen.”

On January 20, 2017, Hillary Clinton or Donald Trump will take the oath of office. It will be time to govern and it will be time to heal a slightly bruised nation. President Lincoln’s words from his first Inaugural Address in 1861 are as relevant as ever for American leaders and citizens alike: “Though passion may have strained it must not break our bonds of affection…the chorus of the Union, when again touched, as surely they will be, by the better angels of our nature.”