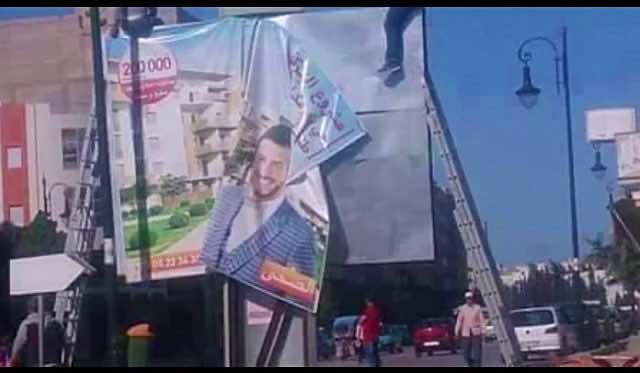 By
Ghita Benslimane
-
Ghita is a Moroccan native and a graduate of Boston University’s Film and Television program.
Nov 1, 2016
Spread the love

Saad Lamjarred was arrested last week on charges of “aggravated rape with violence” and was reported to have been under the influence of cocaine and alcohol. The popular Moroccan singer is reportedly still in French prison, pending further ruling from the judge.

Contacted by Telquel.ma, the communications manager of the Addoha group, Ouidad Melhaf, is adamant that the decision to remove posters featuring Lamjarred was not related to the recent case. “It has nothing to do with that,” Melhaf told Telquel.

She expained that the withdrawal of the posters simply “coincided with the end of the contract between Adoha and the star,” and that the posters were removed to avoid paying penalties.

Other companies are not so hesitant to take a stance. On Monday October 31, it was reported that PepsiCo stopped broadcasting a TV advertisement featuring Saad Lamjarred.

According to Moroccans news site Al Yaoum 24, “[PepsiCo] fears to tarnish and discredit its brand by showing Lamjarred promoting its products.”