Rabat - King Mohammed VI sent a message of congratulations to Michel Aoun following his election as President of the Republic of Lebanon. 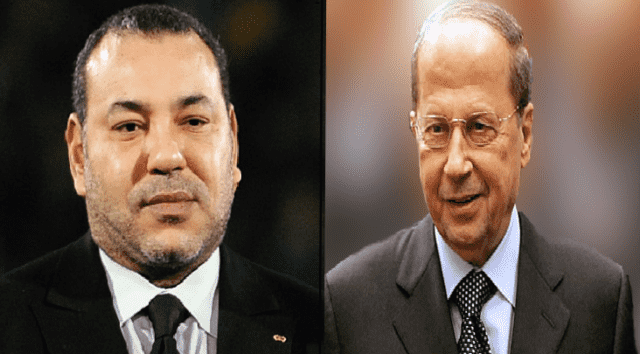 Rabat – King Mohammed VI sent a message of congratulations to Michel Aoun following his election as President of the Republic of Lebanon.

In this message, the Sovereign expressed to Aoun His heartfelt congratulations and His sincere wishes of success to serve the supreme interests of the brotherly Lebanese people.

The King also said he is convinced that with his rich experience and status of veteran politician, Aoun will make every effort, in collaboration with the various components of the Lebanese people and all major players to preserve Lebanon’s distinguished model in terms of peaceful coexistence, in security, peace and stability, and to achieve the aspirations of the Lebanese people for further progress and prosperity.

The Sovereign reaffirmed on this occasion “Morocco’s constant support for the unity and stability of brotherly Lebanon and its sovereignty”, expressing His great satisfaction with “the distinguished level of the fraternal relations between our two countries “.

The King also expressed His determination to work together with the Lebanese president to raise the level of bilateral cooperation in various fields to the aspirations of the two brotherly peoples and to contribute to the achievement of the unity of the Arab Ummah.