Casablanca - In a world too often characterized by divisiveness, these two best friends give us hope for humanity with their “Juslim” superhero Halloween costume.

Casablanca – In a world too often characterized by divisiveness, these two best friends give us hope for humanity with their “Juslim” superhero Halloween costume.

13-year-olds Casey Pearlman and Yasmin Idris are Jewish and Muslim, respectively. They are also best friends, and for this year’s Halloween celebration, they’ve decided to dress up as “The Juslims,” a superhero team.

Casey’s father Tweeted out a picture of the duo with the following caption: “My daughter is Jewish. Her best pal is Muslim. For Halloween they created a superhero team: The Juslims. I’ve rarely been more proud. Truly.” The picture has been liked over 120,000 times and retweeted over 60,000 times.

In a blogpost, Pearlman’s dad said that, “This was not a political statement or a social statement or a stance on the presidential election. They weren’t doing it in the name of religious pride or America’s diversity or equality for all. Nope, they decided to be the Juslims simply because it was funny.”

Regardless of the exact motives of the two girls, their costume proves that friendship and respect knows no bounds. 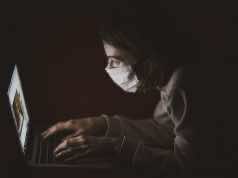 How the COVID-19 Pandemic is Teaching Humanity Morals