Casablanca - Morocco’s appointed Head of Government, Abdelilah Benkirane, states that the process of forming the government has not yet ended. 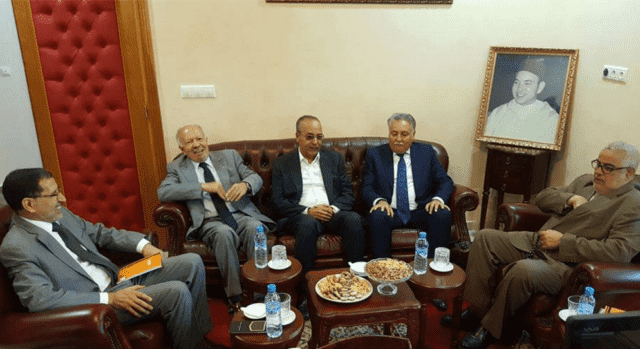 Casablanca – Morocco’s appointed Head of Government, Abdelilah Benkirane, states that the process of forming the government has not yet ended.

Since his appointment by King Mohammed VI to form a government on October 10, Abdelilah Benkirane’s deliberations with other party leaders have not yet produced a complete coalition government.

The Head of the Government held a press conference on Thursday during the open days “The Citizen, the Essential Partner of the Judiciary Reform System Project,” launched by the Ministry of Justice.  During the press conference he declared that only the Progress and Socialism Party (PPS) and the Independent Party (IP) have confirmed their participation in the upcoming government coalition:

“We will announce the formation of the government when we will agree with the political parties. So far we have not reached this agreement except with the PPS and IP.”

Soon after his appointment aa head of the National Rally of Independents (RNI), Aziz Akhannouch, outgoing Minister of Agriculture and Fisheries, met with Benkirane. Following the meeting Akhannouch had this to say about it, “… is only the first meeting and that other meetings and consultations will come after.

Prior to this meeting with Akhannouch, Abdelilah Benkirane met with the Heads of the Popular Movement party (MP) and the Socialist Union of Popular Forces (USFP) at PJD headquarters in Rabat.

Neither party has offered an official statement in regards to whether or not they will join Benkirane’s government, or the Authenticity and Modernity Party (PAM) in opposition.

Benkirane stated last Wednesday that parties should respect “the will of the voters.” This was viewed as a tacit message to leaders of RNI and UC who reportedly tried to convince IP to leave the government coalition.