Rabat - A car bomb exploded in Turkey in front of a Security building that contains an Anti-Terrorism Division, killing 8 people and injuring more than 100. 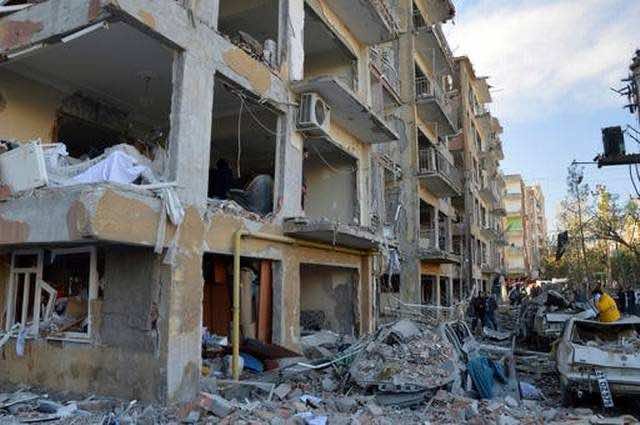 Rabat – A car bomb exploded in Turkey in front of a Security building that contains an Anti-Terrorism Division, killing 8 people and injuring more than 100.

The explosion took place in Baglar district the city of Sirnak and was heard in many cities in the southeast of Turkey. The target, Diar Bakr Security Center, is where 11 members of parliament representing the pro-Kurdish Peoples’ Democratic Party (HDP), were taken after few hours of their arrest.

According to the BBC, two opposition party MPs, Selahattin Demirtas and Figen Yuksekdag, are accused by the Turkish authorities of spreading propaganda for militants fighting the Turkish state and for the Kurdistan Workers’ Party, (PKK).

All fingers were pointed at the PKK. ISIS, however, claimed responsibility for the explosion, which came only two days after the release of an audio message from ISIS leader Abu Bakr Al-Baghdadi, calling upon his followers to attack Turkey.

Both the European Union and the United States expressed “deep concern” over the detention of the Kurdish MPs. Federica Mogherini, Chief of EU’s foreign policy, tweeted her concerns, while several Turkish ambassadors were summoned to European countries to explain the arrest, report ABC news.

John Kirby, of the U.S. State Department, condemned the car bomb explosion, stating “… when democracies pursue legal action against elected representatives, they must do so in a manner that reinforces the public’s confidence in the rule of law.”