Casablanca — You may know Leïla Slimani as the first Moroccan woman to be awarded the prestigious literary prize, the “Prix Goncourt.” Perhaps you simply know her as the talented author of “Dans le Jardin de l’Ogre” ("In the Ogre’s Garden”) or “Chanson Douce” (“Sweet Song”). Or you may know her as the accomplished journalist who wrote for Jeune Afrique for several years. 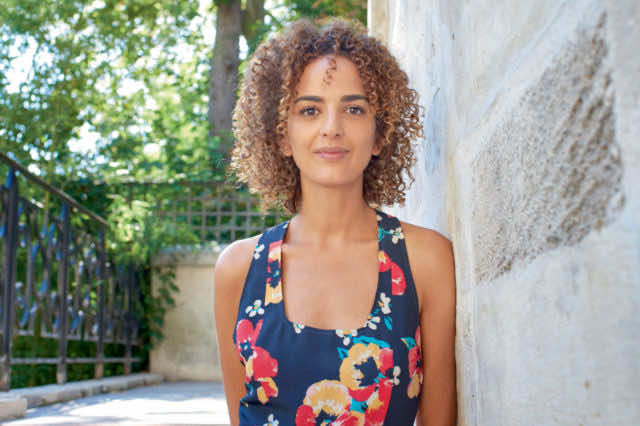 Casablanca — You may know Leïla Slimani as the first Moroccan woman to be awarded the prestigious literary prize, the “Prix Goncourt.” Perhaps you simply know her as the talented author of “Dans le Jardin de l’Ogre” (“In the Ogre’s Garden”) or “Chanson Douce” (“Sweet Song”). Or you may know her as the accomplished journalist who wrote for Jeune Afrique for several years.

But there’s a lot more to Leïla Slimani, the French-Moroccan writer who was recently congratulated by the Moroccan monarch, King Mohamed VI, on winning the Prix Goncourt for “Chanson Douce.” This was no easy feat; the Prix Goncourt, France’s #1 literary award, recognizes “the best and most imaginative prose work of the year.”

Slimani’s path to Goncourt-dom is an interesting one. Born to a Moroccan father and a French-Algerian mother, Slimani spent her childhood and adolescence in Rabat, Morocco. Her father was a banker and her mother an ENT doctor. Her upbringing, she tells French publication “Liberation,” was one defined by freedom and relative secularity. Her parents constantly fostered her love of art, culture and literature.

After graduating from “Descartes,” Rabat’s French high school, Slimani leaves Morocco at the age of 18 and enrolls in Sciences Po in Paris. After graduating, she joins the illustrious “Cours Florent,” a French drama school, but later decides that acting isn’t for her. She enrolls at ESCP Europe, a pan-European business school, where she gets a Master’s degree in media before joining “Jeune Afrique,” a news site covering anything and everything Africa.

In 2013, after a successful career in journalism, Slimani leaves Jeune Afrique to focus on writing. In 2014, “Dans le Jardin de l’Ogre,” Slimani’s first novel, is released. The prize-winning novel follows the story of Adele, a young journalist navigating the intricacies of nymphomania.

“Adele appeared to me as a soft, painful piece of music. What is subversive about Adele is not the sex, its her passivity, her laziness. She doesn’t want to fulfill the roles offered to her,” Slimani tells Liberation. “I think there’s something very sad in sexuality,” she adds.

Her handling of female sexuality in “Dans le Jardin de l’Ogre” is not common; she treats Adele’s sexuality with unabashed fervor. And when France24 asked her what it was like, as a Moroccan woman, to write about sex, Slimani said, “Whether I want it or not, the labels of “woman” and “Muslim” are who I am in Morocco. So when I write about what I think about sexuality in a country where homosexuality and sex outside of marriage are condemned, it engages me. So somewhere, I’m taking risks.”

Slimani is also a self-proclaimed feminist. “We often ask me if I’m a feminist,” she says, in an article written for Le360. “And I often get the impression that we use the word with caution, as if people are scared to offend me, as if feminism was a shameful disease. Of course I’m a feminist! How could one not be? When we know that the simple fact of being a woman makes us potential victims of violence, of sexual assault, of harassment and even death?”

Her second novel, the Prix Goncourt-winner entitled “Chanson Douce,” is a little more somber. It follows the story of a nanny killing two children under her supervision. Slimani says it was inspired from a real incident which occurred in New York in 2012.

The novel, which begins with an impactful “The baby is dead,” explores the path of Louise, a nanny who often feels powerless and resentful at the hands of life.

Slimani found out about her Goncourt win on Friday at the Paris restaurant Dormant. Since 1914, all Prix Goncourt announcements have been made at the restaurant. The prize, that of 10 euros, is merely a token — Slimani will benefit from the achievement in more ways than one.

Today, Leïla Slimani stands out as one of Morocco and France’s most talented writers. Her powerful, fearless prose is both art and activism, and the world would surely benefit from more of it.