Rabat – A ruling by Britain’s High Court on Thursday states that Parliament will have to vote on whether or not to approve the decision to leave the European Union. This raises an obstacle to Prime Minister Theresa May’s goal of triggering Article 50 of the Lisbon Treaty by March of 2017.

Article 50 outlines the procedure by which a member state can withdraw from the EU.

The government will appeal the decision; BBC reports that a further hearing is expected next month. The government has also stated that it still intends to begin exit negotiations by March of 2017.

The decision to leave the EU was approved in a June referendum by a majority of voters, almost 52%. This latest ruling is viewed by some as an attempt by the political elite to defy the wishes of a majority of the citizens, which would be an undemocratic action.

However, the likely outcome would not be to completely prevent the withdrawal but instead to slow down the process, and take some of the power away from May by forcing her to cooperate and compromise with Parliament.

The ruling highlights the divisions within the British government, and even within the Conservative faction that supported the withdrawal. Many are unsure about what kind of future relationship with the EU Britain should have. Many are still unsure about the decision to leave at all. Nigel Farage, former leader of the U.K. Independence party, voiced his concern that Britain was heading for a “half Brexit.”

Despite the unrest caused by the High Court’s ruling, Brexit could continue undeterred and according to schedule if the Supreme Court rules in their favor next month. 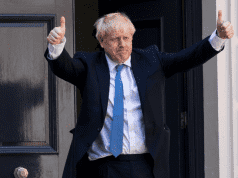