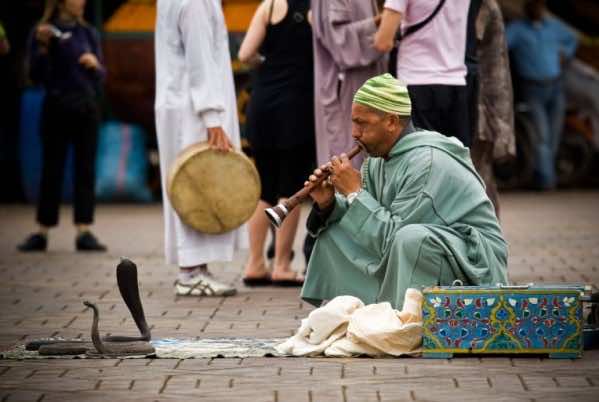 Rabat – When talking about Morocco with westerners one often hears of the beautiful Sahara Desert at night with its clarity of stars, of the souks in Marrakech, tagines and Friday couscous, but one seldom hears of the sheer diversity of Moroccans themselves. The first aspects of Morocco that struck me, upon arrival, were the many languages I heard on the street, followed by the wide array of attire worn by people of all ages.

I frequently step into a taxi in which the driver speaks three to five languages fluently. As I half failingly attempt to tell him my destination in my broken Darija, I often sit next to a fellow female taxi patron wearing a djellaba and hijab who in tern is sitting next to her friend wearing the latest on trend platform shoes with skinny jeans and a sleeveless top.

This deliberate choice of garb is not a mere representation of preferences for fashion trends, but can also be indicative of one’s level of religiosity or interpretation of their faith. In less jargon-filled words, perhaps the woman wearing her djellaba and hijab has a different interpretation of how to embody her devotion to Islam than her friend without a hijab, who may also be a Muslim woman.

Yet, these different choices hold no bearing on the bonds of friendship I witness in my taxi. It seems each day I spend in Morocco I see the triumph of relationships over personal beliefs and any superficial sense of superiority. This diversity of interaction among people of different faith interpretations is rare to witness in my homeland and is a beauty to behold in Morocco.

Diversity is accompanied by acceptance, which I have found to be a defining characteristic of my experience in Morocco. Even when I have looked physically different from others with my foreign face and opinions, I have been treated with respect and dignity.

Moroccans have a beautiful way of not allowing the diversity of others to negatively impact their lives, even when they do not agree with the choices or beliefs of those around them. It seems commonplace in Morocco to experience not simple tolerance, but a higher level of acceptance of the true diversity of the human spirit.