Dakar - In a speech delivered Sunday, King Mohammed VI affirmed his belief that Morocco needs serious and responsible government, away from electoral arithmetic. 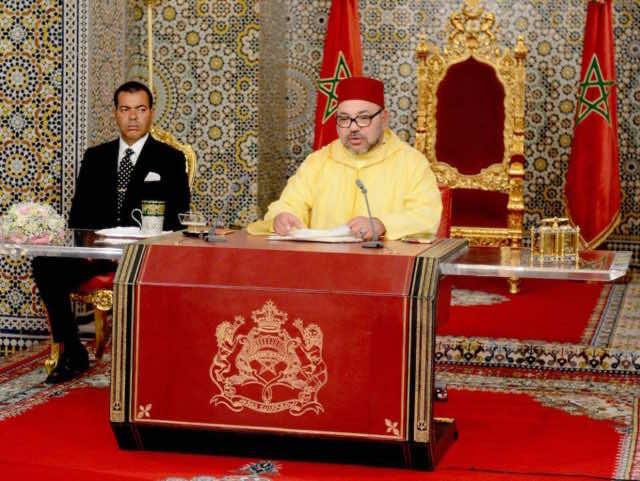 Dakar – In a speech delivered Sunday, King Mohammed VI affirmed his belief that Morocco needs serious and responsible government, away from electoral arithmetic.

“The future cabinet should not be the result of calculations aimed at fulfilling political parties’ wishes, based on electoral arithmetic, as if they were spoils to be shared out,” said the sovereign in a speech delivered to the Nation from the Senegalese capital of Dakar, on the occasion of the 41st anniversary of Morocco’s Green March.

“A government should have a clear program and well-defined priorities, both for home and foreign affairs, particularly as far as Africa is concerned. The government should have the ability to deal with the difficulties inherited from past years, with respect to Morocco’s obligations towards its partners,” the King said.

In this regard, the sovereign noted that the government should represent an efficient, coherent structure. Programs and priorities should be responsibly set and consistently presented and supported.  His Majesty also added that government also requires qualified, skilled resources, with specific sectoral attributions.

“These are the criteria I will ensure are respected when the next government is formed, in compliance with a strict methodology. I will not tolerate any attempts to deviate from it,” the King avowed.

The Monarch underscored this promise by saying that Moroccans expect the coming government to be up to the challenge of this crucial phase.

The speech comes less than a month after the legislative elections held on October 7, which saw the Party of Justice and Development (PJD) obtain a majority with 125 seats, followed by the Party of Authenticity and Modernity with 102 seats. Just a few days later, King Mohamed VI appointed Abdelilah Benkirane, head of the PJD, as the new head of government, entrusting him with the mission of forming a new coalition government.