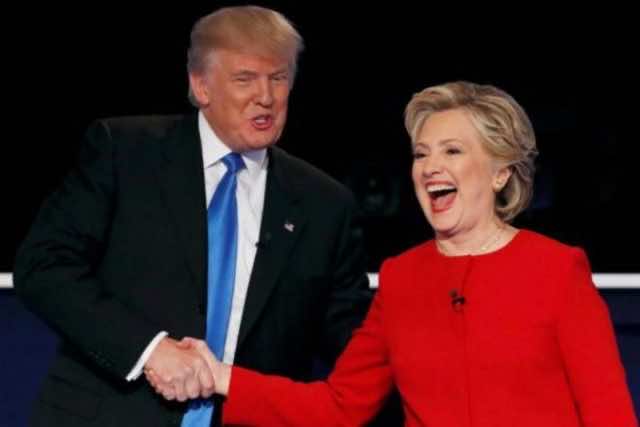 Two candidates who represent a polarized American electorate will now face the judgment of the American voters. While Americans are genuinely fatigued by the 2016 presidential campaign and endless political television commercials, election night is something special. To many Americans, it is an unofficial American holiday that begins during the evening just as the polls begin to close around the nation.

In order to win the presidency, the winning candidate must obtain 270 electoral votes. Each state has a designated number of electoral votes based on the population size of that state. California, the most populous state, has 55 electoral votes during a presidential election. Texas has 38. Wyoming, with fewer than 600,000 residents, has 3. It is a winner-take-all format. For example, if the winning candidate in California won by just one single vote among all the ballots cast in the state, then he/she would receive all 55 electoral votes. Maine and Nebraska have established a small exception to the winner-take-all formula.

The “Race to 270” is nearly over. Most analysts agree that Hillary Clinton is in a stronger position to win on Tuesday based on the number of populous states (and electoral votes) that she is likely to win, most notably California. But the most recent public opinion polls show Donald Trump only slightly behind, and nearly even with her in some important battleground states. If any of my Moroccan friends are planning to stay up late this Tuesday evening to watch the election returns please remember that it’s likely to be a very late night here in Morocco. Some tips:

– New York City, and the entire East Coast, are five hours behind Morocco time. Chicago is six hours behind. Los Angeles, eight hours behind. When the polls finally close in Hawaii on Tuesday evening, it will already be 4:00 a.m. on November 9th in Rabat.

– With the exception of California, the most populous states are either in the Eastern or Central Time Zone: Florida, New York, Ohio, Pennsylvania, Texas, Illinois.

– News organizations and polling research organizations, by tradition, wait until the polls are closed in a given state before they make a public projection (prediction) about who will win that particular state. Those projections are based on surveys conducted with voters after they have voted, as well as past voting behavior in a given state or region.

– Many states allow early voting. It is estimated that nearly 40 million Americans (slightly larger than the total population of Morocco) have already voted.

US Census Bureau statistics indicate that by 2045 the US population will be comprised of at least 50% people of color, including those who identify as African-American, Latino, Hispanic-American, Asian/Pacific Islander, Middle East/North African, Sub-Saharan African, Native American, or a mix thereof. The growing diversity in the United States will alter political parties and political campaigns. Democrat Hillary Clinton’s vice presidential running mate, Senator Tim Kaine, recently delivered an entire campaign speech in Spanish while campaigning in Arizona. Both parties devote resources to reach communities of color. While it may be easy to make some assumptions about voter preferences among communities of color, it is also risky. Subtle geographic, ethnic, and cultural influences play a role. For example, Cuban-Americans living in Florida have traditionally been a reliable voting block (group) for past Republican presidential candidates. But Donald Trump’s controversial rhetoric on immigration and immigrants may cause those voters to reconsider their political allegiances.

There are more than three million Muslims living in the United States. They represent a significant voting block in several regional and metropolitan areas. For instance, it is likely that a female Somali immigrant in Minnesota will become the nation’s first Somali-American state legislator this year. Other Muslim candidates across the nation will likely win races for local, regional and statewide offices. And interest in the American election is widespread in the Middle East/North Africa region. A recent opinion poll of citizens in nine Arab nations conducted by the D.C.-based Arab Center found a curious and dramatic range in support for Donald Trump’s candidacy. From a low of 4% (Morocco) to a relatively high 20% among Iraqi respondents. Almost 60% of all respondents said that they are following the US presidential election on a regular or occasional basis.

In the quest to win 270 electoral votes, both candidates develop a campaign strategy that will allow them to win a majority of votes cast by citizens in a collection of states that will yield at least 270 electoral votes. Some states have long-established voting patterns that are based on historical, cultural and geographic influences. Minnesota, with a significant Nordic and German heritage (including social democratic political preferences: higher taxes and more public services), reliably votes for the Democratic candidate during presidential elections.

Texas, on the other hand, has traditionally embraced a more laissez-faire and small government-oriented model of governance. Texas has a diverse economy and has often led the nation in population growth over the last three decades. For almost 50 years, Texas has been a reliable state for Republican presidential candidates. But immigration – 17% of Texans are foreign-born – and the tendency of younger so-called Millennial voters (those 18 – 29 years old) to embrace progressive political views have meant that the political culture of Texas is changing. And some traditional Democratic-leaning states, too, may be changing. Pennsylvania, often a reliable Democratic state during past presidential elections, may be becoming more competitive during future presidential elections.

As the votes begin to be counted on Tuesday, and the television networks make their projections and predictions, it is likely that just a few states will play a decisive role in determining who becomes the 45th President of the United States. Three states may prove to be critical for either Hillary Clinton or Donald Trump in their quest for 270 electoral votes.

Florida is the third most populous state: 20 million residents. It often plays a crucial role in presidential elections. In 2000, Texas Governor George Bush won Florida by just a few hundred votes. Having won the state’s 29 electoral votes, Bush secured 271 electoral votes, and the presidency. Latino/Hispanic voters (foreign-born and US-born) represent 18% of Florida’s eligible voters. If Hillary Clinton wins Florida, Latino/Hispanic voters will have played a large role in that victory. It will then be very difficult for Trump to be able to win 270 electoral votes. If Trump wins Florida, it will mean that he won the support of many suburban white voters (especially white male voters) from central and north Florida, including the so-called “Panhandle” region. Miami and Dade County in the southern part of the state traditionally vote for the Democratic candidate in most presidential elections.

North Carolina has 15 electoral votes and has traditionally voted Republican during presidential elections for almost 50 years. But, the demographics of the state are changing. Barack Obama won North Carolina in 2008, and African-American voters are 23% of all registered voters in the state. The state is home to several prominent universities; younger voters tend to vote for Democratic presidential candidates. Clinton will need young voters and African-American voters in large numbers if she wants to win North Carolina. If she does win North Carolina, it may be an indicator that she will win the election in a convincing manner because she will have put together an impressive voting coalition of college educated young adults, African-Americans, new immigrants, and suburban white voters in a state that mirrors the growing diversity of the nation.

Colorado has 9 electoral votes. Not very many but both candidates may be short of the necessary 270 electoral votes as the contest moves west. Colorado is a so-called “swing state”, sometimes voting for Republican presidential candidates and sometimes for the Democratic candidate. Obama won Colorado in both 2008 and 2012. The state is becoming more diverse, and Hispanic voters make up 16% of the electorate. Hillary Clinton has the advantage in Colorado, and – depending on how many states that she has already won in the Midwest and on the East Coast – she may need Colorado to get to 270 electoral votes. Donald Trump has focused on winning neighboring Nevada, a state with similar demographics to Colorado but is slightly more politically conservative.

Either Hillary Clinton or Donald Trump will emerge the winner. It will then be time for another American electoral tradition: bipartisanship. The search for common ground and compromise. The new President will have to work with a new Congress on many important issues, from federal spending (the budget) to immigration reform and foreign policy goals. The Inauguration of the 45th President of the United States takes place on January 20, 2017.