Washington D.C.- At the end of the day, King Mohammed VI chose the right time and the right place to answer Mauritania’s diplomatic provocation. In delivering a speech from the Senegalese capital, where he is celebrating Morocco’s 41st anniversary of the liberation of the Western Sahara, the Monarch is sending a strong message of displeasure to Mauritania’s President Mohamed Ould Abdel Aziz. 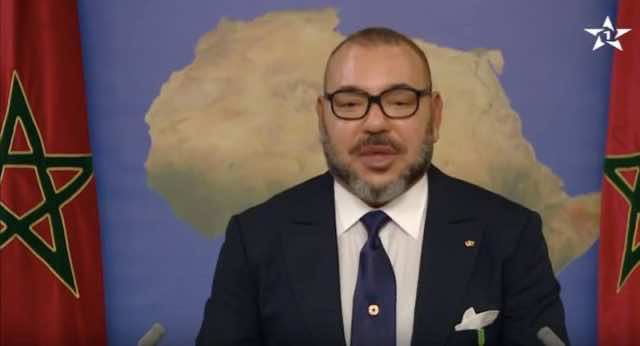 By
Hassan Masiky
-
Hassan Masiky was born in Kenitra, Morocco, and is based in Washington as a blogger and freelance writer.
Nov 7, 2016
Spread the love

Washington D.C.- At the end of the day, King Mohammed VI chose the right time and the right place to answer Mauritania’s diplomatic provocation. In delivering a speech from the Senegalese capital, where he is celebrating Morocco’s 41st anniversary of the liberation of the Western Sahara, the Monarch is sending a strong message of displeasure to Mauritania’s President Mohamed Ould Abdel Aziz.

The Monarch decision to speak from Dakar is a strong indication of underlying disagreements between Rabat and Nouakchott over Mohamed Ould Abdel Aziz chummy relations with the Polisario separatist movement and Mauritania’s adherence to the Algerian agenda in Africa.

Mauritania’s’ unfriendly and sometime hostile acts toward Morocco in the Western Sahara conflict have exacerbated regional conflict in North Africa pushing the region close to a war. Nouakchott hosting of high-ranking Polisario leaders and the close relations between the ruling party and the Polisario leadership have undermined Mauritania’s “positive neutrality”.

Senegal, Morocco strongest African ally next to Gabon, has been advocating for the return of the Kingdom to the African Union. It is a staging point for Moroccan business ventures in Sub-Saharan Africa and a hub for Moroccan religious and cultural activities in the continent. It is a natural stop for the Monarch in any African visit.

Nonetheless, the fact that relations between Senegal and Mauritania have been deteriorating lately over economic and administrative disagreements may add to Nouakchott’s mistrust of Morocco’s “grand plan” in the region.

Then again, after repeated provocations, Moroccan officials cannot help but view Mauritania as ostensibly on the side of their archrival Algeria. It has been evident from the high-level visits and exchanges between the Polisario and emissaries of Ould Abdel Aziz that the Islamic Republic is supporting elements hostile to the Kingdom.

If the Western Sahara conflict has been a source of contention, Mauritania’s suspicion of the Kingdom’s intention in the region remains the true motivator in Nouakchott unsympathetic postures.

Some Mauritanian analysts view the shift in their country’s foreign policy as a reaction to King Mohammed VI repeated snubbing of their President. Several officials have complained that the Moroccan King, who enjoys visiting African countries and believe in South-South cooperation, has never put a foot in their country.

Since its independence, Mauritania has tried to keep balanced diplomatic and military relations with its bigger neighbors Morocco and Algeria. However, as the conflict continues in the Western Sahara and Rabat and Algiers remain deadlocked, the role of Nouakchott becomes more important. This fact is not lost on President Ould Abdel Aziz who continues to play regional powers against each other.

President Ould Abdel Aziz   obsession with the so-called Dakar-Rabat-Paris axis’s efforts to destabilize his government is pushing the region toward more instability. Rabat disillusioned with his neighbors double game is not attempting to destabilize Mauritania, it is simply looking to rebalance its African foreign policy.

American and French officials wish to see Mauritania maintaining close ties to Morocco in order to deal with its security concerns particularly in confronting terror groups active in Mali, not far from its borders, which has been recently attacked. However, President Ould Abdel Aziz grandiose feelings and disillusion about his nations’ regional role could spell more security and economic problem for his people.

Observers in Rabat see the two countries share more common interests than divergences. In fact, an independent Sahrawi entity in the Western Sahara with tribal ties to Mauritanian poses a bigger danger for Nouakchott. Yet for General Ould Abdel Aziz, appeasing Algeria comes before the stability if his nation.