Casablanca — Canada’s immigration website became inaccessible to visitors during the U.S. election due to higher than normal traffic, reports the BBC. 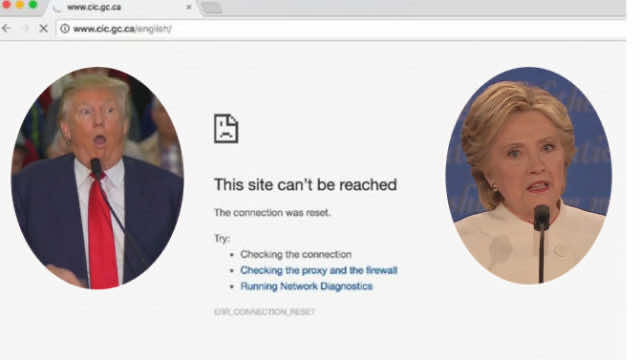 By
Ghita Benslimane
-
Ghita is a Moroccan native and a graduate of Boston University’s Film and Television program.
Nov 9, 2016

Casablanca — Canada’s immigration website became inaccessible to visitors during the U.S. election due to higher than normal traffic, reports the BBC.

While American voters and people all around the world nervously awaited the results of the November 8 election, Canada’s immigration website experienced extremely high traffic, resulting in the server’s crash.

Throughout the election, many who were opposing a Trump presidency publicly contemplated the idea of moving to Canada as a possible way out. And as the idea of a President Trump became more and more possible, Canada’s immigration site got more and more visitors.

“Shared Services Canada worked through the night and continues to work to resolve the issue to ensure that the website is available for users as soon as possible,” a spokesperson told the BBC.

The site has since been restored.