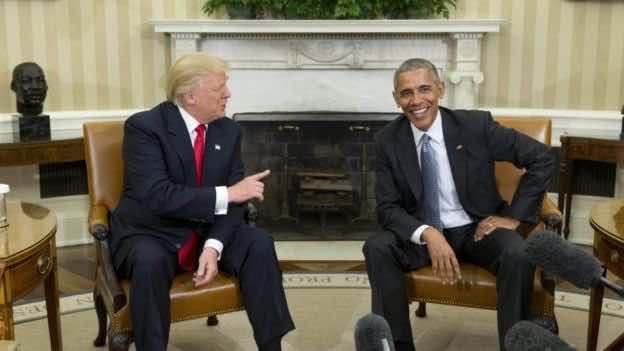 In a statement announced by the White House Wednesday, Obama congratulated Trump on his stunning presidential victory and invited him to meet at the White House to discuss “the transition planning his team has been working on for nearly a year.”

“Ensuring a smooth transition of power is one of the top priorities the president identified at the beginning of the year and a meeting with the president-elect is the next step,” the same statement said.

According to the same statement,“Obama also called Hillary Clinton and expressed admiration for the strong campaign she waged throughout the country.”

In her concession speech, Clinton said, “Donald Trump is going to be our president. We owe him an open mind and the chance to lead.”

Trump managed to become 45th President of the United States of America by beating a fierce contest Clinton. He obtained 278 electoral votes after winning the three swing states of Ohio, North Carolina and Florida. Hillary Clinton won 215 electoral votes.  The inauguration will take place in January of 2017.