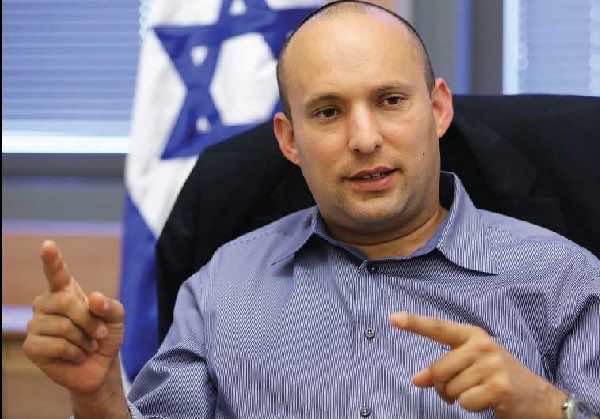 According to Aljazeera, the Israeli politician, heads right-wing religious party Israeli Home, called upon Israelis to abandon any idea of allowing Palestinians to have their own state.

He explained that this would be possible now that Trump won the election in the United States, “This is the position of the President Elect … the era of a Palestinian state is over.”

Bennett is not the only voice calling for the disregard of the right of Palestinians to establish an independent state. Ayelet Shaked, Israel’s Justice Minister and member of the same Orthodox Jewish party, has also called on Trump to overlook  previous US policies and move Israel’s capital from Tel Aviv to Jerusalem. The minister is hopeful that Trump will follow through on his promises.

Relocation of the Israeli capital to Jerusalem is supported by another Israeli cabinet member, Tzipi Hotovely, Deputy Minister of Foreign Affairs.

This relocation would effectively cancel the possibility of a Palestinian state since the Palestinians’ desired location for a state capital is Eastern Jerusalem.  This would not be possible if Israel take ownership of the entire city.

Israel’s opposition leader, Isaac Herzog, who cheered for Trump’s victory at the polls, addressed him saying:

“I am confident in the security and economic alliance between the US and Israel.  As our strongest ally, we will be strengthened under your presidency.”