El Jadida - It is a critical chapter in the history of resistance on the North African political scene when the awakening of the subalterns and their search for social justice breed self-inflicted and sado-masochistic violence. Most of the martyrizing operations and self-sacrifices including the recent suicides that ignited the revolt in Tunisia and Egypt were protest suicides. 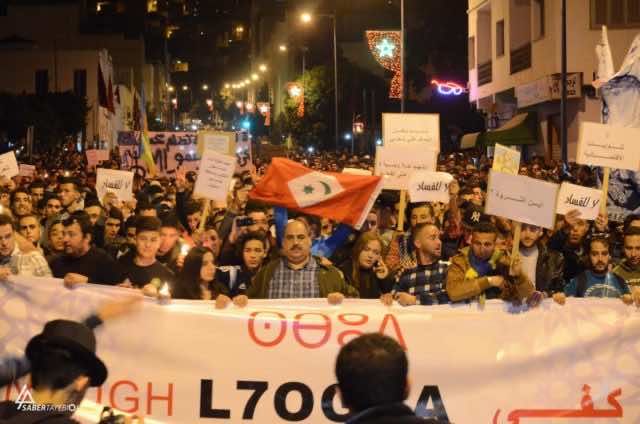 El Jadida – It is a critical chapter in the history of resistance on the North African political scene when the awakening of the subalterns and their search for social justice breed self-inflicted and sado-masochistic violence. Most of the martyrizing operations and self-sacrifices including the recent suicides that ignited the revolt in Tunisia and Egypt were protest suicides.

Andriolo conceptualizes protest suicides as “dying with a message, for a message, and of a message”, as ways to “draw the attention of others to something that, in the suicider’s perception, constitutes a wrong of moral, political, or economic dimension, a wrong that affects the lives of many. If a protest suicide were to reach its ideal goal, attention would initiate action that, ultimately, would right the wrong” (2006, p. 102).

Protest suicides are historically considered as non-verbal dissent. They involve motivation and emotional expression. Often, this type of dissent is chosen by contestants when denied legitimacy of expression or their social demands are ignored. However, when protest suicides occur in a society where avenues of expression are open, we are faced with the enigmatic question why still some protestors choose a so extreme and irrevocable act of suicide to claim their dissent?

Emile Durkheim described protest suicide as “altruistic” because the suicider takes his life to save the community or defend its honour. The Japanese kamikaze or the Palestinian martyr incarnates self-sacrifice because the soldier defends his nation through his death. The act of suicide itself accomplishes the actor’s ultimate intent. These are over-integrated individuals who sacrifice their egoism on the altar of the collective will.

However, protest suicides do not always fulfil political or social reforms. They just remain as fatal extremist protest strategies intended to draw public attention to a cause, to convince the rest of the community of the importance of correcting a wrongdoing; it is a symbolic means to “induce to attitude or action” those who are still alive.

MacSwiney, for instance, used himself as a symbol for Irish resistance when he embarked on a hunger strike for 74 days and died in prison in 1920. Bouazizi was not an activist like this Irish militant or the self-immolated Buddhists in Tibet, or the South Korean farmer Lee Kyung Hae who stabbed himself to death with a Swiss Army knife after conducting farm protests for 30 years.

Akin to the Moroccan protest suicider Muhsin Fikri, Bouazizi is a common man who chooses to end his life to serve as “symbolic inducement” to the Tunisians to erupt against humiliation of the populace and for the cause against political oppression under the slogan of “No to the hog anymore.” Their act is ritually expressive. They convert their dead bodies into words. They invite the population to respond with similar feelings and understand similar meanings; they invite them to share the horror and frustration that may ignite social action.

Suicide protests also intend to reveal the silenced truth about the abuse of power in an existing social order. They act opposite to the dominant means of social control. They take private feelings of suffering individuals and provide them with instrumental power by making them manifest in a legitimate social public act. The hunger striker MacSwiney may be regarded as an icon of the slow wasting death of a society deprived of freedom.

Mouhcine Fikri may stand for an epitome of the humiliated commoner whose body crushed under the compactor of a garbage truck symbolizes the trampled life of Moroccan commoners enduring all kinds of pressure under the merciless economic compactor of capitalism that hardly provides the bottom-of-social-space strata with social security.

Being crushed inside a garbage truck is perceived by the social movement of protestors as an annihilation of being. Fikri’s death is an acknowledgment of this fact. The moral tragedy his death conveys is that the commoners do not count. They are the leftovers of the capitalistic system serving as a proletarian labour force to preserve the interests of the Bourgeoisie.

In fact, Fikri’s gesture is not act of despair. It is a fight against humiliation and hogra. It invites Moroccans to purify their world from corruption. It is also a challenge to the socio-political order, drawing attention to guilt and the need for purification.

Purification may be performed by victimizing oneself and the others or by self-mortification. In both cases, the act uses guilt as an inducement for change. The martyr arouses feelings of indignation and anger within social movements as well as the feeling of guilt in his opponents. But to be successful in his role of martyr, the self-sacrificer has to evoke public sympathy and collective alliance for his cause. There must be an opposing social force that casts the government or the regime in power into the role of the villain (see Jorgensen-Earp (1987)).

If there is public ambivalence on such roles, the act of self-sacrifice will end in a misreckoning labelled at best a “foolish act”, especially if there is a cultural mistrust of revolutions as it is now the case after the tragic fall of the popular Arab Spring uprisings. In Bouazizi’s case, for instance, the Tunisian authorities cast themselves in the role of the villain through their wrongful confiscation of his wares and his ill-treatment by agents of the police, representatives of state macro-institutions.

If there is a public sense of strong opposition against the existing political order, self -sacrifice may rally the voice of followers and may give power to the weak to revolt against domination. Suffering thus becomes the power of the helpless. The martyr of hogra is revered. And as Ellman (1993) puts it: “It is not those who can inflict the most, but those who can suffer the most who will conquer.”

Let me hasten and explain at this point that the protests that have recently swept Morocco after the death of the fish seller in Houceima are important indicators that the larger structures, if not the whole political regime, is cast in the role of the villain, and that there is a public sense of strong opposition against the Makhzen establishment.

Well, this is not new, especially if we take into consideration the winning political party’s election campaign that launched a propaganda offensive against authoritarianism, with PJD leaders blaming the failure of economic choices on the shadow government that has a firm grip on the keys to executive power in Morocco. How can a political party that contributes in public affairs management insist on inspiring the public with a sense of mistrust in state institutions and attempts like a protest suicider to illicit sympathy and support against its alleged victimization by authoritarianism?

Furthermore, it seems that under the rising capitalistic pressures of living, popular self-flagellation in Moroccan culture is taking a post-maraboutic turn; it is no longer vent out through socially acceptable canalized ritual channels such as trance dances and jinn evictions but is erupting through violent transgressive mediums, sometimes shaking the stability of social structures that maintain political and economic domination—needless to refer here to the revolution in communication technology and social media that has been crucial in shaping the political awareness of the schooled Riff-raff.

Still and all, the question why Fkiri, Mmi Fatiha and El-Kanouni committed protest suicides looms up in mind without answer. Is it begotten from a sheer contaminating craze in the Arab World? Will other protest suicides occur in the future? When do social movements resort to such extreme and questionable means of expression? Does it result from the ongoing restrictions imposed by the Moroccan state apparatuses on institutional avenues of expression, “restricting the work of assemblies and associations, arresting critics, dispersing protests, and allegedly torturing dissidents,” as reports convey? Does the public display of power contribute in suicidal explosions?

In a changing world of communication, how do the Makhzanian liturgies imbued with the symbols and intentions of excessive force deepen the bottom of social space feeling of humiliation and self-annihilation? Has Morocco trespassed into surveillance, panopticism and disciplinarity or is it still enslaved by the dictum: “if you cross the law, you are personally crossing the sovereign, the monarch, and you will be terrorized.”?