Rabat -The United Nations Framework Convention on Climate Change (UNFCCC) 22nd Conference of Parties (COP22) takes place in Marrakech between November 7 and 18. It will be yet another opportunity for the countries that ratified the Convention to evaluate the application of the parties' responsibilities and to develop a negotation framework for the commitments taken during COP21 in Paris. 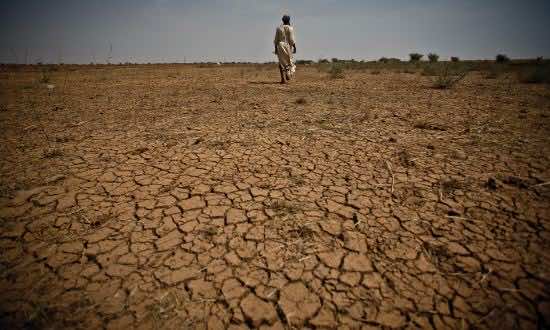 Rabat -The United Nations Framework Convention on Climate Change (UNFCCC) 22nd Conference of Parties (COP22) takes place in Marrakech between November 7 and 18. It will be yet another opportunity for the countries that ratified the Convention to evaluate the application of the parties’ responsibilities and to develop a negotation framework for the commitments taken during COP21 in Paris.

Climate Change is a scary reality now and in the near future. According to World Health Organization (WHO), between 2030 and 2050, 250 000 additional deaths will happen because of climate-change-induced poor air quality. Direct costs to climate-change-induced health problems will vary between $ 2 to 4 billion a year by 2030.

The World Meterological Organization claims that the average presence of carbon dioxyde (CO2) in the air has already reached the symbolic level of 400 parts per million (PPMs) in 2015. 2016 will be a record year as well. This “new climate reality” is caused by unprecedented changes in the climate system: El Niño has led to heavy droughts all over the globe, but especially in tropical areas where the forests serve as burial wells for CO2. When the vegetation was affected by severe droughts, the absorption capacity of trees is reduced. Some forests are even becoming saturated. That has meant more CO2 in the air and in the outer layers of the atmosphere.

Severe heat meant also less water especially in the summer for Sahelo-Saharan countries and arid areas in Africa, Asia and Central Amrican. Just this past summer, countries like Morocco have made huge financial efforts to deal with shortage in water for hundreds of local communities due to a year of severe drought and unprecedented heat waves.

The World Food Orgniazation warns that up to 122 million persons will fall into severe poverty by 2030 because of strong climate change phenomena like floods, drought, and soil salinisation. Small farmers will see their yield drastically  diminished. Add to this high foodstuff prices and you will see between 35 and 122 million persons pushed into extreme poverty.

Whole regions are suffering from shortage of water, severe heat waves, disappearance of vegetation, and diminished livelihoods: in the Middle East and North Africa, the Sahel, the Grand Sahara, the Horn of Africa, the subtropical regions in Africa and Asia, the Carribean and Central America, and in the Pacific Islands. The conflicts in Yemen, Syria, South Sudan, Somalia and elsewhere are basically socio-political reactions to deep disequilibrium in the ecological systems caused by water stress, deforestation, reduced livelihoods and climate-induced local conflicts over resources.

The climate change is part of the daily reality of hundreds of millions of people around the Globe. World leaders came together in Paris last year and made a commitment to “keep a global temperature rise this century well below 2 degrees Celsius and to drive efforts to limit the temperature increase even further to 1.5 degrees Celsius above pre-industrial levels.” That is a huge and praiseworthy step in the right direction. It is also a reasonable collective move to save the planet for present and future generations.

In Marrakech this year, we need to prove that we are ready move to action. WE NEED TO ACT NOW & FAST. We need a global action plan that responds to the problems of hundreds of millions when it comes to drinking water, food security, reduced livelihoods and migration, and access to education and health.

Industrialized countries will have to honor their commitment to reduce emissions of Green House Gases (GHG) within a reasonable period of time.

Reducing emissions on a global level through better transport systems, smart and clean cities, responsible food and energy choices will improve air quality significantly and help with dealing with climate change health issues, according to WHO.

The challenge of funding is formidable but it should be tackled responsibly and an intelligent manner. The $ 100 billion  promised last year need to be raised by governments, donors and private sector and translated into adaptation projects, loans, funding initiatives for the sake of poor countries, especially those affected by severe climate change, landlocked countries, insular small islands, post-conflict zones and areas etc.

A 100 % renewables-based energy by 2050 is within our reach. Already countries like Sweden, Costa Rica, Nicaragua, Scotland, Germany, Uruguay, Denmark, China, Morocco, USA and Kenya are taking the lead when it comes to investing in different sources of renewables. Other countries need to follow suit and soon.

Citizens need to act as well. Individual and collective mobilization.