Washington D.C - Moroccan officials are notorious for squandering all the ripe diplomatic opportunities when their country host key international conferences. Will COP-22 be different? 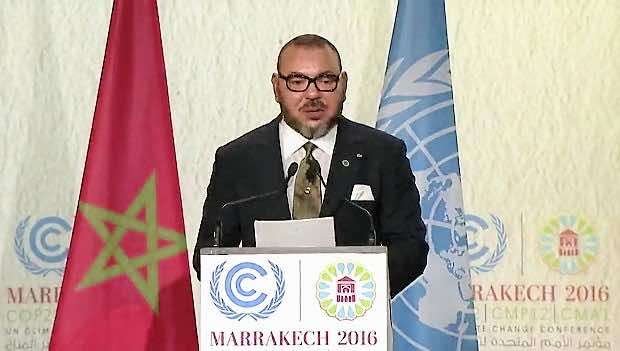 By
Hassan Masiky
-
Hassan Masiky was born in Kenitra, Morocco, and is based in Washington as a blogger and freelance writer.
Nov 15, 2016
Spread the love

Washington D.C – Moroccan officials are notorious for squandering all the ripe diplomatic opportunities when their country host key international conferences. Will COP-22 be different?

The presence of President Muhammadu Buhari is an opening to garner Nigeria’s key support in the Western Sahara conflict and a test of Moroccan diplomats’ ability to reap benefits from such high-level meetings they host.

Morocco’s hosting of the 22nd Conference of the Parties (COP22) to the United Nations Framework Convention on Climate Change (UNFCCC), also known as COP-22, in Marrakech is a big economic and diplomatic feast for the Kingdom’s foreign policy establishment.

With the presence of Kings and Presidents, Moroccan diplomats should have a chance to lobby for their causes. While the COP 22 is not a diplomatic meeting in the classic sense, it is an important gathering of several head of States and a chance to form new alliances.

As Morocco fights its way back to the African Union’s fold, the position of Nigeria will have a big impact on the pan-African organization’s decisions and resolutions concerning the Western Sahara conflict.

President Buhari is a true African leader who puts the continent interests before ideology and personal gains. His visit to Morocco is a golden opportunity for Moroccan officials to try once again to earn the trust and backing of Africa’s most important country.

On the face of South Africa’s divisive and ideologically based foreign policy and President Zuma’s lack of leadership, vision and intellect, Morocco and Africa need President Buhari’s guidance.

It is now up to do the Moroccan officials to do the hard work and reach out to the Nigerian delegation.  Notwithstanding Morocco’s rivals, namely Algeria, efforts to torpedo the Kingdom’s attempts to gain the trust of Nigeria, President Buhari is open to positions that would make Africa stronger and more united.

Algeria’s diplomatic outreach in Abuja is deep and entrenched making Rabat’s job difficult and demanding but not impossible.

Furthermore, Morocco needs to expose Zuma’s toxic and poisons policies that are dividing Africans and keeping Africa’s influence on the international scene weak and laughable. Since his took office in South Africa, the continent influence has been waning.

As Nigeria under Buhari set out to improve its business and economic outlooks to attract international investments, Zuma’s follies continues. His last comment about wanting to be a dictator for six months so he can fix his nation’s ailments is a sign of his feeble state of mind and an embarrassment to all Africans.

More troublesome for South Africans and Africans at large is Zuma’s inference that black Africans are lazy and cannot decide for themselves. Zuma’s remarks are racist, neo-colonialist and revolting. Calling the people of South Africa, who fought for freedom and equality, lazy makes Zuma unfit to lead his nation and any African organization.

President Zuma along with his companion Zimbabwe’s dictator Robert Mugabe continue to make a mockery of Africa and the African Union by avoiding to address the socio-economic difficulties facing the continent. Instead, both leaders pursue an ideologically-based policy aimed at consolidating their rules and dreams of dictatorship.

Morocco’s King Mohammed VI’s numerous visits to African nations is a testament to the Kingdom’s commitment to a free, united and strong Africa. Mr. Buhari’s vision is much in harmony with the Monarch’s views making a Moroccan-Nigerian union an agent of prosperity and advancement for all Africans.