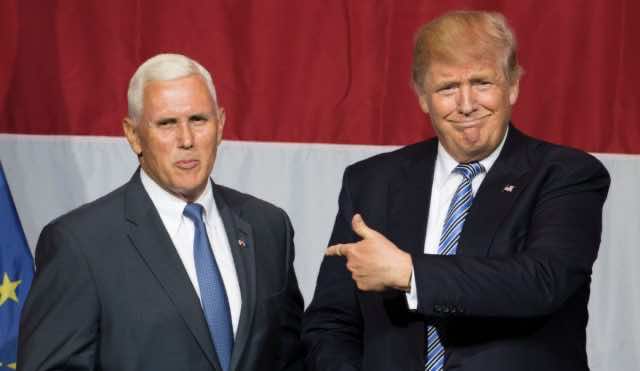 “Our work will provide a strong foundation for the new transition team leadership as they move into the post-election phase, which naturally is incorporating the campaign team in New York who drove President-elect Trump to an incredible victory last Tuesday,” Rogers said in a statement.

Trump and Pence plan to be “reviewing a number of names for key jobs” at meetings expected to take place at Trump Tower today. These key jobs include members of his Cabinet and heads of several federal agencies.

In recent days, former mayor of New York City, Rudy Giuliani, a loyal Trump supporter, has emerged as a frontrunner for the top job at the U.S. State Department.

John Bolton is also in the running for the position. He served as U.S. ambassador to the United Nations under President George W. Bush.

On Sunday when Trump announced that head of the RNC Reince Priebus would the next White House chief of staff, his decision was seen by many as an olive branch to Congress, since Priebus is a Republican insider.

However, Trump’s appointment of Steve Bannon as chief strategist wasn’t received as warmly. The decision drew sharp criticism from both parties who expressed their discontent at the former Breitbart News chief’s appointment. Bannon is believed to be largely responsible for shifting the conservative website’s content into fodder for the “atl-right,” a fringe band of conservatism known for embracing white nationalism, racism, anti-Semitism, misogyny and homophobia.

Bannon, who was tapped to be Trump’s campaign CEO in August, pushed Trump to adopt a more populist agenda and distance himself from the political and financial elite which his opponent Hillary Clinton was a part of.

More announcements are expected in the coming weeks as Trump’s transition team vets candidates for top posts in his administration.