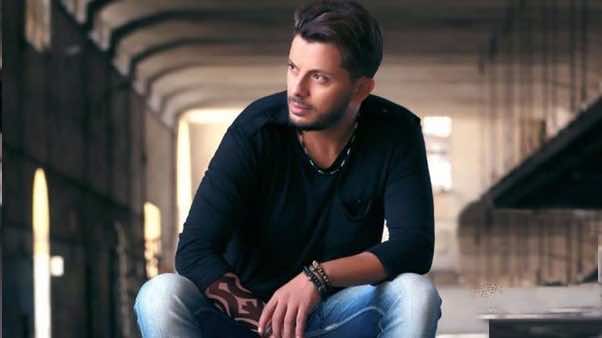 Washington – Thanks to an impressive crew of artists, no two in the Middle East would disagree about the recent explosion of Moroccan music to the scene with a new genre. It is dominant and hip. It has reached the current trend status.

The next challenge, as it was the case for many other genres, is to expand to other markets.  Hatim Ammor, one of the architects of this new movement, toured the U.S. in recent weeks. Washington D.C. event was hosted by Prestige Entertainment.  Its founder and CEO, Jay Tabri, stated that it is “important for us to host these events and reach out to others. Music and sports have a well-established record of accomplishing just that.”

I caught up with Hatim Ammor:

Welcome Hatim Ammor, and thank you for entertaining our questions.  Let me ask you to introduce yourself:

Hatrim Ammor was born in 1981 in Hay Mohammadi, Casablanca. Since I was a kid, I developed a passion for soccer and the arts. At age 16, I discovered I could play the synthesizer, then at age 20, I discovered I could sing.  Naturally, I begun partaking in various singing programs and competitions like Noujounm Wa Noujoum in 2001, which was my first, then Casting Star, then Super Star. My favorite however was 2M’s Viewers Choices competition which I won in 2005. After this period, I dedicate all my attention to launching a professional career. I would release cover songs here and there, some would succeed, others not as much.  Once I found my niche, I began releasing my own original songs, and thankfully I built a strong audience and following throughout the Arab world. That said, Hatim Ammor is still and always will be a student of the arts endeavoring to learn, discover, and come up with new material.

What activities have you planned for your visit to the U.S.?

I am here on a concert tour that is managed by my good friend Yassine El Omairi.  The first event was in Houston, Texas. It was attended by the legendary track and field star Said Aoutia, who hail from Morocco, and Mohamed Ben AbdelJalil, the Moroccan consul.  Tonight Friday, I have one here in D.C.  Prior, I HAVE spent four days in New York working on a new video clip for my new song “Hassdouna”.  I chose N.Y.C since I had few days off. The last event is on Halloween eve, and I expect to be back in Morocco a couple of days after that.

Let me shift gears to a different topic. In the past few years, Moroccan music has come a long way, and finally is now dominating the music scene in the entire Middle East. In your opinion, what made that possible?

I think that the presence of high quality vocal abilities and video-produced have a major contribution to thi success.  Not to mention that we simplified Moroccan dialect known as Darija so that others Arabic speakers could easily understand its content. Furthermore, Ithink Moroccan expatriates, especially in the Arab World,have helped by spreading our content to their friends in their host countries using social media site as in Instagram, Facebook, and the likes. All these factors helped us all as artists to impose ourselves and our craft on the Music scene. This is all just the beginning, there is lots more to come.

Some of the most popular and successful Moroccan songs in recent years include “Ana Machi Sahel”, “Ana Alwal”, “Mchiti Fiha”, and “Machi Roujoula”. The theme in all these songs is anti-romance and that seems to dominate. It is as if there a declaration of war against love and romance.   Why do you think that is?

I agree with your observation. This phenomenon was started by Iraqi artists, both male and female, where the content of their songs is harsh on women or men. Topics tackled include blame, treachery, infidelity…We noticed there is a huge success using these topics so we decided to adopt the same tactic. True, the theme of these songs is anti-romance but they are performed with lots of tenderness, as to remain believable, acceptable, and more importantly, acquire sympathy from the listener. I think this is precisely what made us standout in the Arab World. Had we just rode the romance current, we would not have made such big waves.  I think this is the sudden change that occurred in the Moroccan song.

Whom would you most like to do a duet with and why?

Actually I would like to duplicate the experience of Rami Aayach. He did a duet the legendary Egyptian singer Ahmed Adawiya with the song “Ahibi Nass Rayaa”. It was a huge success. I would like to duplicate similar work the legendary Moroccan singer Naima Samih. Hopefully do something current and achieve at least the same success as Rami and Ahmed. Such work would be interesting as opposed to the traditional duets that are common, and have saturated the market.

What do you listen to on your own time?

Mohamed Abdel Wahab. I relax a bit with Fairuz,FadlChaker, and others. As for music for the music from the West, I may put on Michael Jackson, Mariah Carry, Craig David… I like tunes that are more artsy as opposed to provocative in nature.

What comes to mind when you here the following names?

Kathem El Saher: Caesar, a huge name in the Arab world. He is named Caeser for a reasonand not by chance.

Prime Minister Abdel Ilah Benkiran: Someone who arguably has been successful in breaking down politics to the average Moroccan citizen in laymen terms.

Hatim Ammor: A humble man of the people, son of Hay Mohamadi, always working on his craft to make it of the highest level and relevance.

What are your current and future projects?

I am about to release a new song entitled “Hassdouna”. Lyrics and production by Mohamed Charabi and Bilal Africano. The video I shot in New York was for this song as previously stated, and not because of lack of talent back home but because I have a very tight schedule. When I found a four-day time frame on my scheduled I jumped at the idea of shooting the video. Needless to say, the who’s who in music industry in the world would shoot a video in New York. The clip should be out in a couple of weeks or so on satellite TV all over the Arab world and would hit the airwaves on various radio stations, social media among other mediums.  Ihope it will be well received.

Thank you for conducting this interview with me and putting all the work you have. I am honored to be able to reach out to our expatriates in America to whom I give a special shout out.  Thanks again. 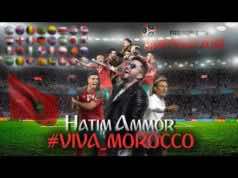