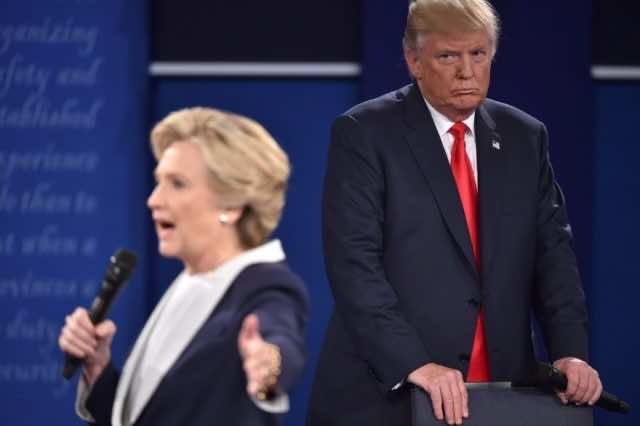 By
Hassan Masiky
-
Hassan Masiky was born in Kenitra, Morocco, and is based in Washington as a blogger and freelance writer.
Nov 18, 2016
Spread the love

There is no evidence that the Moroccan King tried to back Clinton versus Trump. Stories in the American press of Moroccan donations to the Clinton Global Initiative summit (CGI) in exchange for political favors fueled disingenuous allegations of corruption against Hillary and the Kingdom. Rabat needs to correct the record for the sake of a healthy relationship with the incoming Trump administration.

For one thing, Morocco’s strategy to ignore the bad press that surrounded the story threatens to validate the criticism that it supported the Clinton campaign in exchange for future political favors. Since there was on explicit quid pro quo (exchange of money for political support), Rabat should face the uproar and dispel the misinformation as it relates to the Moroccan actions and expectations.

It is indubitably true that the Clintons have had a long relationship with Moroccan Monarchs. The Clintons visited Morocco and had warm and hospitable stays every time. But so was the case of all other American dignitaries who visit the Kingdom. This generous attitude is a testament to Morocco’s longstanding friendship with the United States.

During the last eight years, Morocco never gained any official privileges in terms of U.S. policy in the Western Sahara conflict opposing the Kingdom to Algeria. Hillary’s State Department was hardly friendly and the Obama’s National Security team was outright hostile to Moroccan interests.

As far as Hillary’s Clinton support of the 2012 rider in the U.S. foreign aid bill allowing American aid to be disseminated in the Western Sahara goes, it was approved by the US Congress with endorsements from key Republican and Democrat legislators.

The truth is that only Republican administrations have been friendly and receptive to Moroccan geopolitical needs and strategies. Despite Rabat’s hopes and dreams, a Hillary White House would have been no different from a Hillary’s State Department.

As President-elect starts to pick up members of his cabinet, it becomes crucial for the Moroccan government to clear the air and set the record straight. The Moroccan cannot afford to let the Clinton Foundation fiasco determine the future of the Moroccan-American relations.

Therefore, The facts around “the Morocco story “are worth revisiting for the purpose of clarification.

Hillary had tentatively agreed to go to a Clinton Global Initiative summit (CGI) in Morocco planned for 2015 long before she launched her candidacy for the presidency. Thus, whatever Moroccan donation was given to CGI in order to guarantee a Clinton presence was not intended to either support a Hillary campaign or influence the outcome of the American elections.

While neither the Moroccan government nor the Clinton Foundation commented on the specifics of the donations and the amount involved, Moroccan officials should come out and clarify the circumstances surrounding these events.

If the Moroccans were not expecting political favors in return, they should come out and say that whatever contributions they made were to support the good charitable work of Bill Clinton and not to seek a beneficial treatment from the State Department. The King of Morocco have donated several millions of dollars to charity foundations around the globe including to NGOs in African countries.

The Moroccans agreed to host the CGI summit on the condition of Hillary’s participation because they wanted to have the former Secretary of State to visit the country before she announces her bid for the presidency. However, the visit was not intended to harness future political favors from the Secretary of State but rather to impress the Moroccan domestic public and showcase the depth of the Kingdoms’ role in the region.

It is important to the Moroccans, as they move forward to engage the Trump administration, to state clearly that supporting CGI work was not a support of Hillary for president campaign.

Was there a “pay-to-play” scheme? Some Moroccans were probably thinking that by helping the Clinton Foundation they will would get favors from a future Hillary White House. Of course, this was a shortsighted approach and a sign that Moroccan diplomats lack a good understanding of the inner workings of the American government and especially the State Department.

Misinformation can easily take hold online, and spread swiftly in social media. Moroccan officials must speak up and state their country’s positions. If not, the incoming Trump administration will relegate the role of regional cop to the Algerians leaving Morocco in the cold.