Casablanca - A COP22 memorandum of understanding signed between Siemens, PEPS and NST will move towards promoting waste-to-energy as a way to combat climate change. 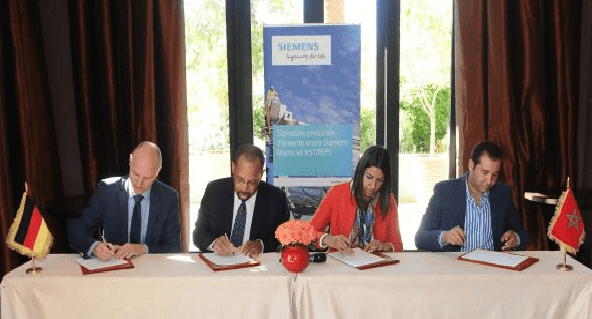 Casablanca – A COP22 memorandum of understanding signed between Siemens, PEPS and NST will move towards promoting waste-to-energy as a way to combat climate change.

The memorandum, which took place on November 16 as part of the COP22 climate change conference in Marrakech, was signed by engineering company Siemens in partnership with PEPS, a branch of the “Imperium Holding” industrial group specialized in turning solid waste into electricity and NST, a French company based in Guadeloupe that specializes in renewable energy.

“The initiative aims to meet the expectations of a National Household Waste Plan, which sets a target of 20 percent recycled and upgraded waste by 2022,” Siemens said in a statement released on November 16.

The memorandum is also aiming to help Morocco achieve its goal of producing 52 percent of its electricity from renewable energies by 2030.

“For Siemens Morocco, this agreement with PEPS & NST is also a way of strengthening our commitment to Moroccan initiatives that can make things happen,” said Siemens Morocco CEO Dirk De Bilde.

This isn’t PEPS’ first run at turning trash into electricity. The Marrakech-based organization has already built a waste-to-energy site in the commune of Ras El Aïn, and PEPS and NST have collaborated in the testing of waste-to-energy processes since 2012. The Ras Al Aïn site was officially inaugurated as part of COP22 on November 8.

This new November 16 memorandum, however, will lead to a stronger effort on Morocco’s part in trying to increase the amount of electricity produced by renewable energies.