Casablanca - A Moroccan expatriate in the US filmed an American verbally assaulting him for his Arab origin in New York last week.

Casablanca – A Moroccan expatriate in the US filmed an American verbally assaulting him for his Arab origin in New York last week.

At a time when people are anxious about the fate of minorities in the US following Trump’s rise to power, numerous hate crimes have been recorded in different areas of the country. The violent verbal attack on Mohammed, a Moroccan expatriate in the US, can only be seen as representative of the declared racism against minorities.

The account was reported to the Washington Post by a St. Johns University adjunct professor Chris Cody, who only knew of the incident by coincidence. The academic greeted Mohammed, his Uber driver, in Arabic, which surprised Mohamed. The latter told him he did not often meet Americans who spoke Arabic and who were not prejudiced about the Arabs.

As he continued to open up to Cody, Mohammed recounted the incident that happened right before they met, and showed him the video he took himself for an American in a white SUV verbally assaulting him for no particular reason, except that he looked Arab.

“Trump is president, [expletive]! So you can kiss your [expletive] visa goodbye, scumbag,” the man said. “They’ll deport you soon. Don’t worry, you [expletive] terrorist,” the man is heard saying in the video, referring to Trumps’ promise of deporting illegal immigrants in the US.

He continued to contemptuously lash out at the Moroccan saying:

“You’re a loser. You’re not even from here, [expletive]!” the man said. “[Expletive] you and your family you terrorist [expletive]!”

Cody insisted that Mohammed to send him the video in order to share it on social media after he initially hesitated. Mohamed told Cody that was not confident about reporting the incident to the police and refused to reveal his full name.

Cody sent the video to a Youtube actor named Karim Metwaly, who shared it on his Facebook fan page. The video attracted over 3 million views and around 40,000 shares. 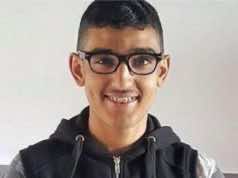